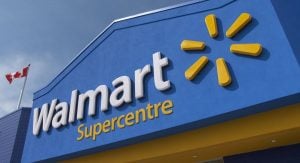 A man was arrested this week at a Richmond Walmart, as he was armed with meat cleavers and other bladed weapons.

The call for Richmond RCMP came at about 4:30 pm Tuesday, where a man barricaded himself in the seafood department.

“We responded to a call of a distressed male located at one of the department stores in the Alderbridge Way and Garden City Road area of Richmond,” Corporal Dennis Hwang said to News 1130.

RELATED: Vancouver Man Stole a Tow Truck and Then Immediately Crashed It

Hwang said RCMP evacuated a part of the store and surrounding areas were on lockdown. While the police faced off with the man, someone had filmed the incident and posted it on Twitter.

The man eventually surrendered and no one was hurt in the incident. But Hwang said the man’s motives are still unclear.

“It’s very early in the investigation. It was a really tense situation, but we are thankful everyone is safe,” he said.

For other similar stories, check out how this student failed a sobriety test during a driving lesson. Or read what happened when a bird earned itself a mugshot for its foul play.

To find more stories in Metro Vancouver, check out our News section.