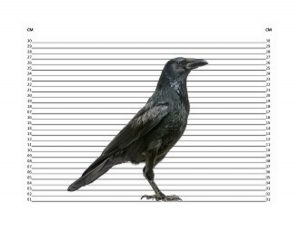 RCMP have released the image of a feathered culprit who recently “vandalized” their North Vancouver office.

The suspect can be recognized for its dark eyes, sharp talons and black feathers. Although he isn’t exactly a large figure, you’ll likely have to search both high and low to catch him.

RELATED: Feast Your Eyes on This: Turkeys Flock Together For Fowl Play in BC Yard

The RCMP detachment published a press release of the incident along with a mugshot – of a crow.

“North Vancouver RCMP are looking for a suspect who vandalized the Detachment building this morning and are pleading with the responsible party to turn themselves in,” the detachment wrote January 30, 2020. 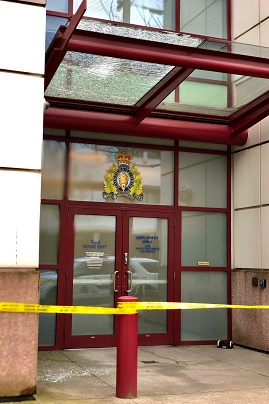 The release goes on to say that a suspect attempted to crack open one of the doors. The glass above the entrance shattered and the “suspect immediately fled the scene,” the release stated. “Do the right thing and take responsibility for what you’ve done.”

Sgt. Peter DeVries, with North Vancouver RCMP, stated both the detachment and the glass are shattered by this malicious act.

He adds that “the suspect’s lack of any distinguishing features makes this case particularly difficult,” but they urge the public to keep their eyes out for any foul play.