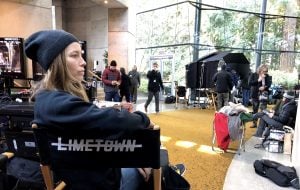 Limetown has earned itself some major limelight. The popular podcast series debuted as the number one US podcast series on iTunes in 2015. Now in its second season, the stories have also spawned a prequel novel.

The mystery series is taking it up a further notch with a TV show adaptation for Facebook Watch. 7th Heaven star Jessica Biel was the first name attached to the project as lead actress and executive producer. She plays a radio journalist who looks into the disappearance of 300+ people from a Tennessee research facility.

Aside from being an actress and wife to mega pop star Justin Timberlake, she is most recently known for producing the second season of The Sinner, after starring in and producing the first. Biel is joined by a star studded cast including Stanley Tucci, Marlee Matlin and Kelly Jenrette.

Thrilled to have these massive talents joining our show! Welcome to #Limetown! https://t.co/Rz5umv54KT

The cast also includes Louis Ferreira and John Beasley. Production for Limetown is currently underway in Vancouver and scheduled until March 2019.