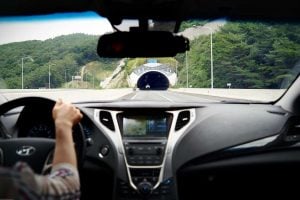 In partnership with the Government of British Columbia, ICBC proposed a number of changes to its basic insurance premiums.

Attorney General David Eby announced that these changes will modernize the way premiums are calculated; however, the changes must be approved by the BCUC.  Consequently, the B.C. government has directed the insurance provider to file an application by August 15th.

“We want to modernize ICBC so that British Columbians pay according to their crash history, driving records and level of risk, and take responsibility for their driving habits. It’s only fair,” said Eby.

RELATED: ICBC Reports That 4 In 10 BC Drivers Would Fail Test For Learner’s Permit

“Right now, the system is broken. A driver with no crashes could be paying the same premium as a driver with three at-fault crashes in a year. We heard from British Columbians that their insurance rates need to be fair and we agree — good drivers shouldn’t have to continue paying more to cover the costs for those who cause crashes or present a higher risk on our roads.”

If approved by the BCUC, these changes will benefit an estimated two-thirds of ICBC’s customers.

With that being said, the provider claims it won’t increase the total funds that it collects through basic policies. Instead, it will rebalance individual driver premiums and reset the way rates are determined.

The proposed changes align with feedback government received from nearly 35,000 British Columbians on how to make insurance fairer.

Other proposed changes include:

These changes could come into effect by September 2019.

The insurance provider reported that an all-time high of 350,000 automobile crashes took place in 2017. It attributes distraction, speed and aggressive driving habits to this staggering figure.