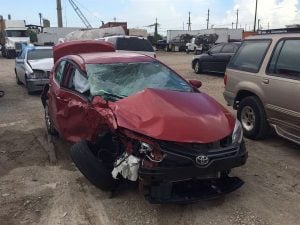 Over 45,000 British Columbians took an online test to determine their driving knowledge, and ICBC has released their scores.

Shockingly, the scores indicate that 4 in 10 BC drivers would fail if they tried to acquire a Learner’s permit.

Of course, applicants need to score higher than 80 percent to get the permit. In this case, the average score was around 79 percent.

Apparently, test takers performed best in the distracted driving portion. That could be because distracted drivers face much stiffer fines than before. Specifically, a driver caught twice in a three year period will receive up to $2,000 in fines as well as points.

As for the worst? According to the results, drives  aren’t sure how much room they should give to emergency vehicles. Similarly,  they aren’t sure how far to stay behind another car on the road, or even the meaning of a variety of road signs.

This news is rather disconcerting, as it indicates that there are a great deal of uneducated drivers on the road. That might explain, for example, why there are so many car accidents.

The insurance provider reported that an all-time high of 350,000 automobile crashes took place in 2017. It attributes distraction, speed and aggressive driving habits to this staggering figure.