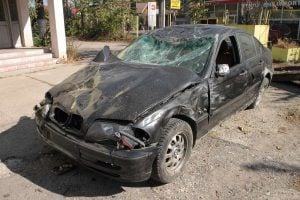 ICBC released the scores of over 45,000 British Columbians took an online test to determine their driving knowledge.

The results indicated that nearly half the respondents wouldn’t be able to acquire a learner’s permit.

The insurance provider also reported that an all-time high of 350,000 automobile crashes took place in 2017. It attributes distraction, speed and aggressive driving habits to this staggering figure.

RELATED: Everything You Need To Know About ICBC’s New Premiums

Here are the top 5 most common driving mistakes:

Test takers performed best in the distracted driving portion. That could be because distracted drivers face much stiffer fines than before. Specifically, a driver caught twice in a three year period will receive up to $2,000 in fines as well as points.

Drivers are encouraged to take the Drive Smart Refresher test at icbc.com/drivesmart. Other resources to help improve driving knowledge, such as driving guides, and a road signs practice test, are available on icbc.com.