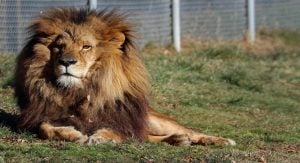 While other businesses prepare to shut down, the Greater Vancouver Zoo is planning to revamp the park.

Amid concern for the animals’ welfare, general manager Serge Lussier said the zoo may spend between $10-20 million in renovations.

RELATED: As Downtown Businesses Close, Rats Are On The Move To Residential Areas

That would mean converting half the space from small enclosures to a safari-style park.

“I want this to be a piece of Africa in the heart of B.C.,” Lussier told CBC News.

Meanwhile, Lussier said he wants to renovate other parts to help boost the animals’ lives and keep them from boredom.

This comes after the non-profit company Zoocheck recommended several improvements to the Vancouver zoo, last year.

The wildlife organization’s report said its animals were “living in barren, undersized cages and enclosures that restrict them from engaging in natural behaviours.”

One example is many of its birds, which can hardly do more than flap their wings in each cage.

The Vancouver Humane Society said they have reported similar issues over time, but there had been little change. So, the organization remains skeptical of Lussier’s plans.

“We need to see exactly what the plan is and see how it’s going to be rolled out,” said spokesperson Peter Fricker to CBC. “Our concern would be that too much investment might be just to enhance the visitor experience, rather than improve conditions for the animals.”

For more stories around Metro Vancouver, head to our News section.