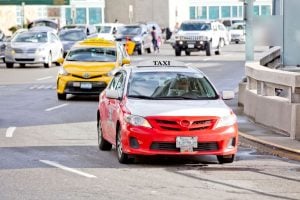 If you’ve frequently relied on a local taxi before, it’s fair to assume you’ve had an unpleasant experience at least once..

Being refused a ride, getting stranded, payment issues and terrible behaviour from the driver are just a few complaints made by riders about B.C. taxi companies.

Of course, when you’re dealing with thousands, maybe even millions of people taking taxis every year, your taxi company is bound to get complaints.

However, those complaints have doubled for Yellow Cab since 2015.

During 2018 alone, over 300 complaints were filed by taxi users. Driver behaviour, trip refusal and driving ability took the first three slots for complaints.

And that’s only the complaints made with the board.

Even though Black Top saw a decrease in complaints within these past few years, it still came in second with 136 complaints.

Yellow Cab took the number one spot, with 254 complaints.

Not exactly a race you want to win, especially with Uber and Lyft trying to enter the B.C. market.