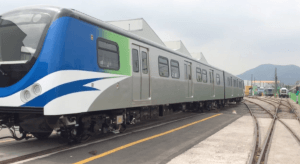 Commuters in Metro Vancouver were just held hostage by a near-shutdown of bus services, as well as Expo and Millennium Line SkyTrain services, so all that leaves is the Canada Line.

The Canada Line was the only major public transit service to be exempt from a shutdown because Canada Line workers are members of a different union.

While Expo and Millennium Line workers are members of CUPE 7000, and bus drivers are represented by Unifor, Canada Line workers are part of the B.C. Government and Service Employees’ Union (BCGEU).

The Canada Line is operated and maintained by ProTransBC, a subsidiary of SNC-Lavalin.  (Yes, that SNC-Lavalin.)

The current collective bargaining agreement between the BCGEU and ProTransBC came into effect on January 1st, 2014, and will expire on December 31st, 2019.

During the bus drivers strike, the union demanded better working conditions and wages for drivers, among other things.

According to the official contract for Canada Line workers, skytrain attendants see their wage scale begin at $25.18 when they’re first hired. That number jumps to $29.63 once attendants are deemed as “fully qualified.”

Wages for most positions across all departments begin at around $30, other than Public Affairs, where most wages start at $22.28.

There is no word yet on where the two sides stand at the moment.