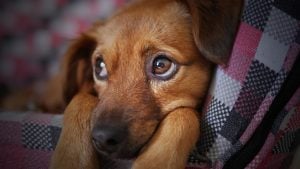 Police are investigating an incident, where two suspects broke into a Prince George house, demanding not money – but the dog.

The incident happened Friday evening, when two men carrying what looked like guns, threatened the occupants.

The occupants refused and the suspects fled the scene, when police arrived. They arrested the two suspects shortly afterward in what appears to be a targeted incident.

“The suspects and one of the adult male victims were known to each other,” Prince George RCMP said in a news release. “No one, including the dog, was physically injured.”

RCMP said the two 23-year-old suspects are being held in custody, pending a court appearance on Tuesday.

Charges of break and enter to commit an indictable offence, possession of a weapon for the purpose of committing an offence and assault with a weapon have been approved.

Meanwhile in Vancouver, police are looking for a suspect who attacked a teenager on the bus.

For more B.C. stories, head to our News section.