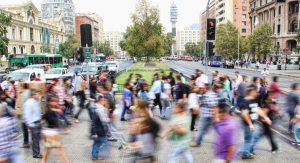 The World Health Organization (WHO) has declared the novel Wuhan Coronavirus a global emergency, after being hesitant to do so last week.

The announcement comes after upwards of 8,000 cases have been reported around the world, a number that continues to grow by the day.

Earlier this week, health officials in British Columbia confirmed the first case of the novel coronavirus here in the province.

The Chinese government, led by President and General Secretary of the Communist Party of China Xi Jinping, implemented a historically-large quarantine on the city of Wuhan, but not before millions of people already left the city.

Xi Jinping and his government has been criticized for downplaying the initial outbreak of the virus. The Chinese government maintained for weeks that the outbreak was contained to Wuhan, but was forced to reveal that the outbreak had spread outside of the city after Hong Kong media reported otherwise.

Cases of the coronavirus, officially referred to as “2019-nCoV”, have been confirmed in the U.S., France, the United Arab Emirates, Hong Kong, Japan, Taiwan, and more.

Conversely, Chinese epidemiologists have been praised for quickly providing the genome structure of the Wuhan Coronavirus.

“China quickly identified the virus and shared its sequence, so that other countries could diagnose it quickly and protect themselves, which has resulted in the rapid development of diagnostic tools”, the World Health Organization said.

CNN reported on January 20th that possible vaccines were already in development.

Face masks and alcohol have been in low supply as the coronavirus continues to spread. Some have taken measures including wearing plastic jugs on their heads.

Various pieces of misinformation have been spreading around on social media, feeding the fears of many, but it is important to note the difference between the infectiousness of a disease and the severity. Some diseases, such as the common cold, spread easily, but are not particularly severe and dangerous.

The World Health Organization declaring the Wuhan Coronavirus a “public health emergency of international concern” is speaking to the distance the virus has spread. It remains to be seen whether or not this new virus is actually worse than SARS.

This is to say that while the disease will continue to spread, nothing spreads like fear.