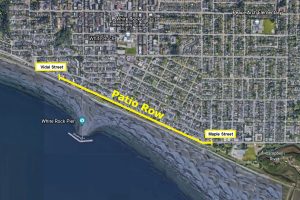 The City of White Rock is going ahead with temporarily closing one lane of Marine drive starting Monday, June 7.

White Rock City Council originally made the decision during a May 10 meeting in support of restaurants on Marine Drive who were experiencing financial setbacks due to the ongoing indoor dining ban. By allowing restaurants to expand their patio it would ultimately help them serve more customers during the peak season.

However, a lot has changed in recent weeks with Bonnie Henry allowing indoor dining to return and lifting ‘circuit-breaker’ restrictions.

As a result, many White Rock residents called upon the city to reconsider the plan. The City has ultimately decided to move forward with patio row given at least 18 restaurants have made considerable investments and backtracking the decision would be “bad judgment on our part, and bad faith.”

RELATED: The Best Fish And Chips To Try in White Rock This Summer

The City took to Twitter to make the announcement:

Marine Drive will open for eastbound travel only from Vidal Street to Maple Street. The westbound lane will now be reserved for restaurants to expand their patios.

The residential area known as “the hump” will have two lanes open for eastbound travel to maintain access to street parking. A traffic management plan has also been created for bus routes, garbage trucks and drivers.

The closure will follow along the lines of the map below. 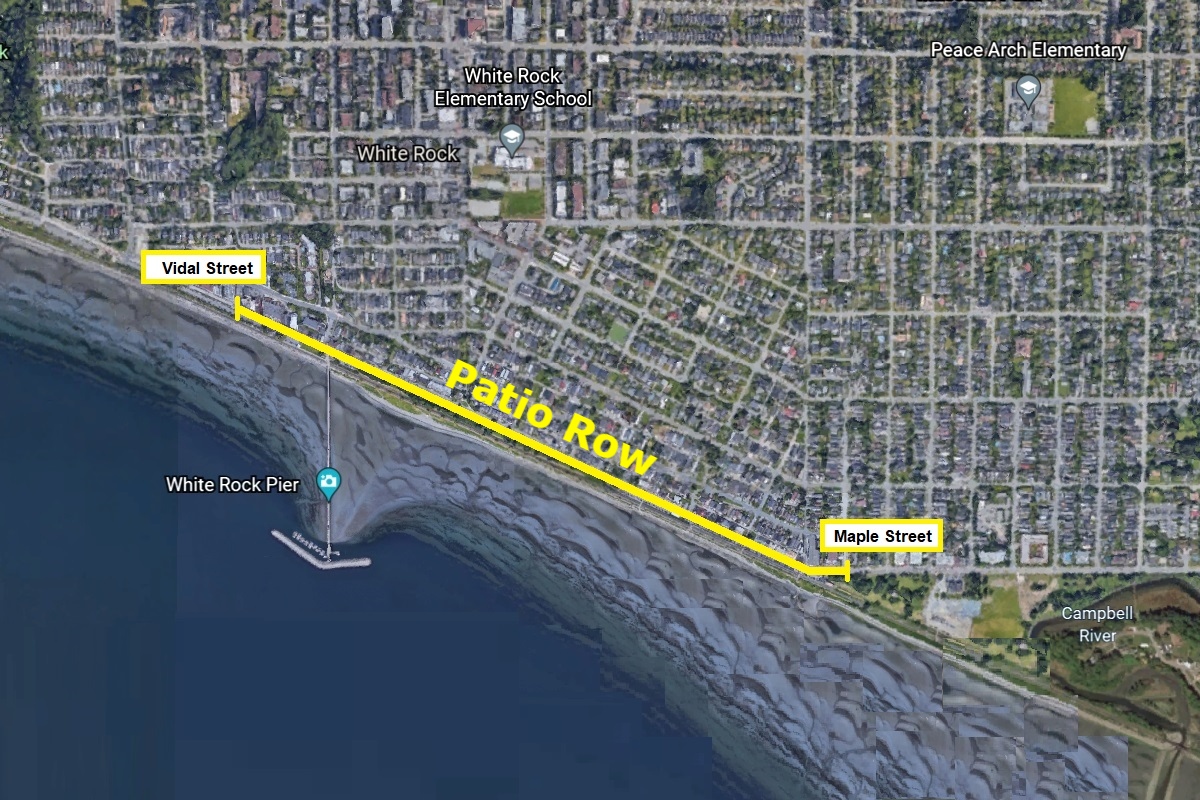 Despite indoor dining allowed to return, plans to proceed have left many local residents displeased.

One city councillor noted that, “In the whole time I’ve been a councillor, apart from the towers uptown in White Rock, (I’ve not seen such) a significant amount of negative feedback.”

Given that the route is a busy one, especially in the summer, closing it to one lane is could be a traffic nightmare.

Time will tell how things will play out, but we hope it’s ultimately a win-win for residents and businesses on the strip.

For more local news and updates, check out our News section.