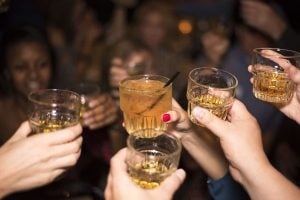 Riverdale star KJ Apa may have deemed it “Kind of boring”; however, a recent poll says that Vancouver is the wildest city in Canada.

A website called MoveHub created a comprehensive list of wild cities around the globe. They based their ratings on what they deem the “not-so-holy trinity,” which includes drugs, alcohol, and nightlife.

From here, they drew stats from Tripadviser and Yelp to determine the number of nightlife venues per 100,000 people in each city. Likewise, they took data from the Weed Index and calculated how many metric tons of marijuana is consumed per 100,000 people each year.

Finally, they “used country-wide statistics on cocaine use and alcohol consumption (from the UNODC and the WHO respectively) and applied these figures on a city level. Each city was then given a score ranging from 0 to 3, where 0 is completely tame and 3 is absolutely bonkers.”

RELATED: The Ultimate In Chic: Enjoy Nightlife In Vancouver At These Classy Venues

Not only was Vancouver deemed the wildest, but it wasn’t a close call with the second Canadian city. Specifically, Vancouver had a rating of 2.11, while Calgary rated 2.05. Montreal came in third at 1.99. , and Toronto came in fourth at 1.96.

Vancouver even beat up acclaimed party hotspots around the world. For example, London had a rating of 2.07, while Amsterdam had a rating of 2.06. With that being said, some international heavyweights still rated high on the debauchery scale. Manchester took first place, with a soaring 2.83. Surprisingly, Washington, D.C took second place, with a sky-high 2.60. In fact, the nation’s capital even beat out Miami, which scored 2.59.

Of course, many people would argue Vancouver’s nightlife closes far too early to be considered a party metropolis. Moreover, the transit system doesn’t allow for easy access to late night party scenes; however, Translink did introduce a late night bus hub in the entertainment district.