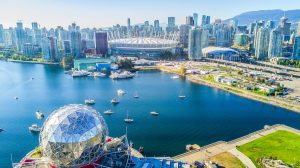 While North Vancouver approved a motion to legalize drinking in some parks, Vancouver voted down a similar suggestion, which would allow drinking in public places, including plazas.

RELATED: Someone Launched a Petition To Reopen Kitsilano Pool

However the main problem is that the decision is really up to the Vancouver Park Board.

“I wonder why we even have this on the agenda when we have no authority over it,” Coun. Sarah Kirby-Yung said.

The park board had originally planned to create a pilot project, where people could drink in designated areas of the beach, but it was put on hold.

Coun. Christine Boyle called for the city to work with the board and the provincial government to clarify the process.

They will then work together to legalize alcohol consumption “as soon as possible.”