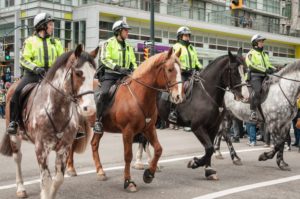 There’s no horsing around for the Vancouver Police Department Mounted Unit aka Mounted Squad. They might not get as much attention as the frisking and barking Canine Unit, but they are equally as important in local law enforcement efforts of protecting and serving. The VPD has had an equestrian element to it, on and off again, since 1908 when the first mounted unit was formed.

Horses are used in police work for things like patrol, crowd control, community appearances, ceremonial events and more. Officers on horseback can most often be spotted on the roads and trails in Stanley Park, around the Aquarium, at beaches and at large events.

It's time for bed at the end of @CelebOfLight when @VPDHorses head home to bed. Thx to Cst Cho for the video. #COL pic.twitter.com/ZIK5hBEpiu

They are recruited based on gelding, age, height, colour and quiet disposition. They join a 60-day trial which includes nuisance training and can then be introduced to Stanley Park trails and crowded areas.

If they show four-legged promise and pass their trial they are purchased, issued a badge number and assigned a police officer to complete their training with.

Bus fire in #stanleypark today. Mounted unit on scene monitoring until #VanFire on scene. They had the fire out quickly and no one was hurt. #horses were great with all the smoke and flames

History: Mounted police were used to disperse crowds during the 1907 Powel Street Riot 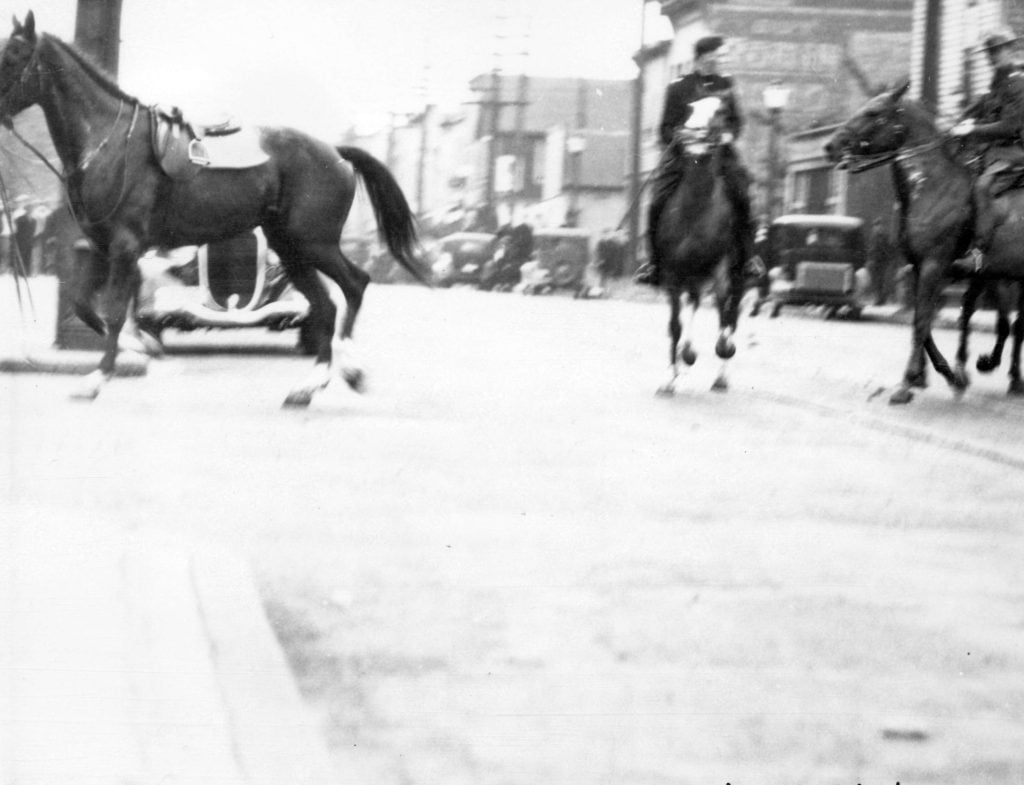 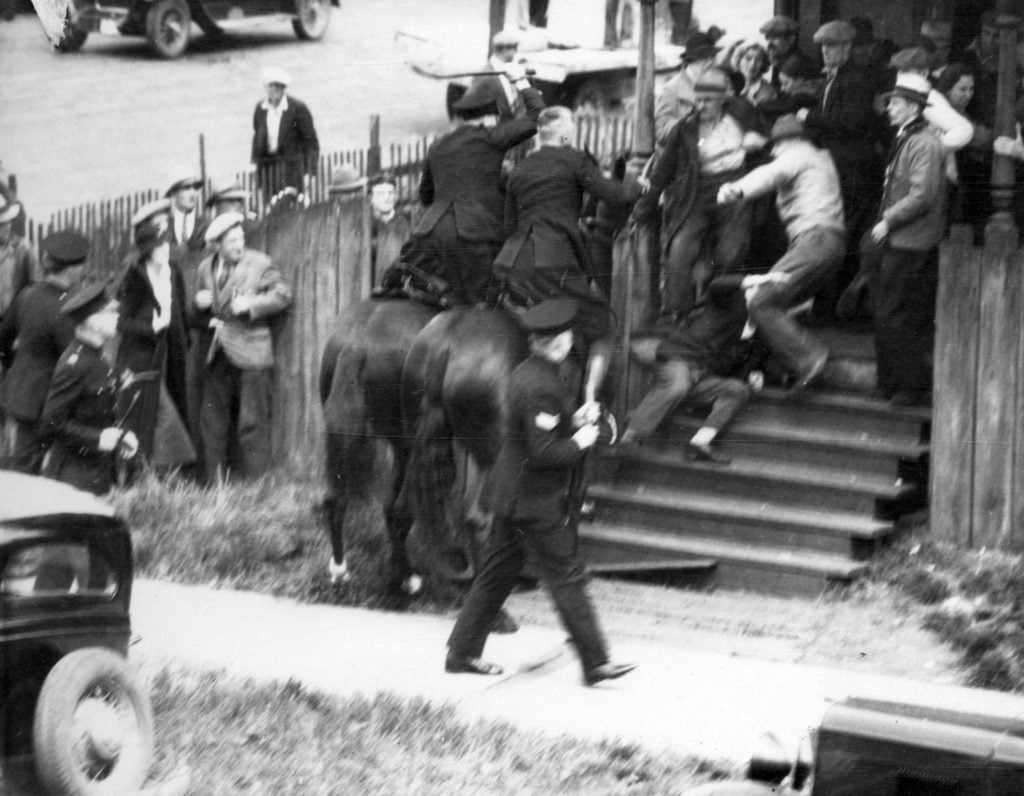 History: the Mounted Squad provided escort for King George VI and Queen Elizabeth during their Royal Visit to Vancouver in 1939.

History: the Mounted Squad was “hastily and temporarily re-established” in 1951 to provide an escort for Princess Elizabeth and her husband Philip during their tour of Stanley Park.

History: The Mounted Squad was not used for crowd control leading up to the 1994 Stanley Cup Riot nor during the riot itself.

Photo/British Columbia Police Commission – Report on the Riot that occurred in Vancouver on June 14-15, 1994 dated October, 1994

History: the Mounted Squad has been used for major crowd control during the 1971 Gastown Riot, the infamous 2011 Stanley Cup Riot and even some Grey Cup games.

There is nothing like a good back scratch. "Tex" enjoying the paddock sand. #horses #stanleypark #VPFoundation

PH Ben watching his partner's back as he makes a withdrawal. He hoping for some carrots for a job well done. pic.twitter.com/I8ohEzdt0j

Watching a #sunset is one of the many "duties" of the @VPDHorses. During this busy season, enjoy those quiet times. pic.twitter.com/DcpVk9gLV0