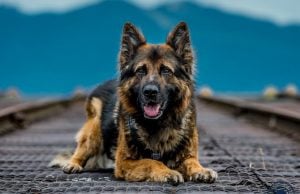 Woof-woof, the annual Vancouver Police Dog Calendar has officially been released and features adorable photos of the four-legged members of the VPD Canine Unit.

The 2017 calendar is funded and created by the Candy Anfield Memorial Foundation, originally launched by retired VPD Sergeant Mike Anfield in honour of his wife Candy, a VPD officer who lost her battle with breast cancer in 2004.

Calendars are on sale for $15.00 each and available both online and at the following locations:

Last year, the calendar helped raise $30,000 which was donated to the BC Cancer Foundation and the BC Children’s Hospital Foundation.