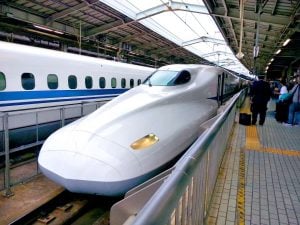 Back in March of 2018, Premier John Horgan, alongside the governor of Washington, Jay Inslee, announced that BC would be investing $300,000 to a business case study that would examine the feasibility of a high-speed rail connection between Seattle and Vancouver.

Last week, the two leaders met once again and announced that BC is committing another $300,000 to help fund the study.

In addition, Horgan revealed where in the Lower Mainland the train would connect to.

“We envision a high-speed rail coming from Seattle into the Lower Mainland, with a terminus in Surrey” said Premier John Horgan.

Horgan mentions that Surrey is the fastest-growing community in the Lower Mainland and having the high-speed rail in Surrey would connect it to our SkyTrain and “other public infrastructures”.

Indeed, with speeds of up to 400 kilometres per hour, the train will offer an extremely efficient means of transportation along the west coast.

Earlier on, Premier John Horgan voiced his concerns about the project.

“If we’re going to have high-speed rail, we’re going to need to have border checks, customs activity, done along the way,” he said. “If we stop for an extended period of time at the border, we’re defeating the purpose”.

While there still isn’t a definitive answer, a study was conducted to determine roughly how much it would cost to finance the project. The study was conducted over five months, with Washington state covering $300,000 of the cost associated with research. Microsoft covered the remaining $50,000 for the study.