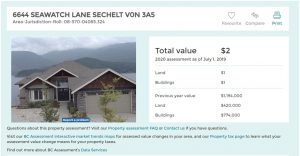 Several homeowners in Sechelt, British Columbia were rudely awakened this week after learning that their oceanfront properties were now worth less than $2, due to concerns regarding sinkholes.

Multiple homes in the Seawatch neighbourhood of Sechelt received official BC property assessments or $1 or $2, a wide margin from the multiple millions of dollars the owners originally paid. 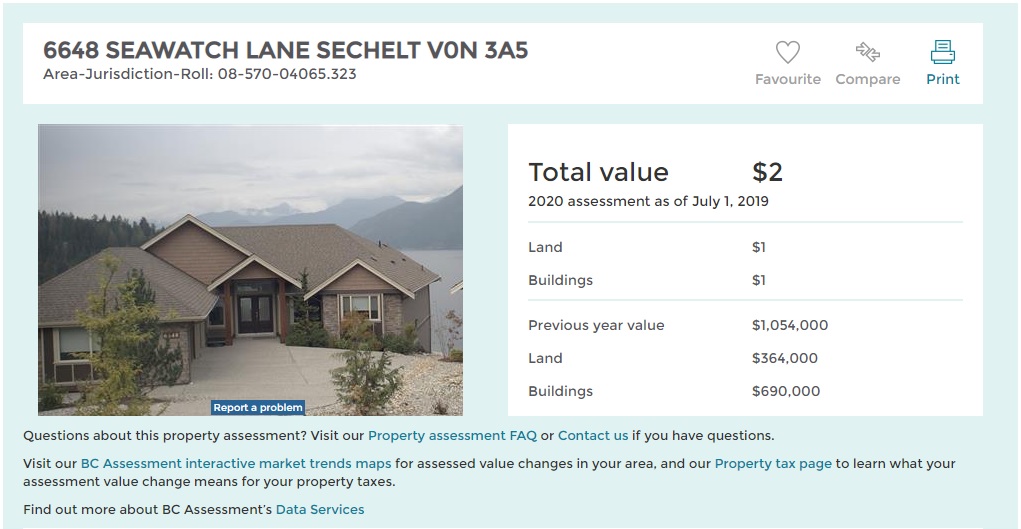 The assessments come as insult on top of injury, as the owners were forced to evacuate from their homes in February 2019, after a local state of emergency was declared.

The evacuation order was issued on February 15th, 2019. Every single week since then, the evacuation has been extended on a week-to-week basis.

Sechelt has been plagued by sinkholes for years. On Christmas Day in 2018, a sinkhole at one property swallowed approximately 40 truckloads of land, triggering the evacuations. Front lawns have sunk to below sidewalk level.

The area has since been designated a no-go zone.

12 of the 14 homeowners, according to CBC News, filed a lawsuit again the District of Sechelt and Province of BC, saying that officials were aware of the unstable ground prior to the development of the homes.