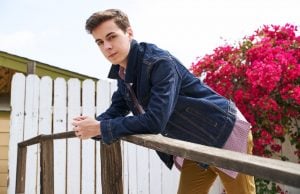 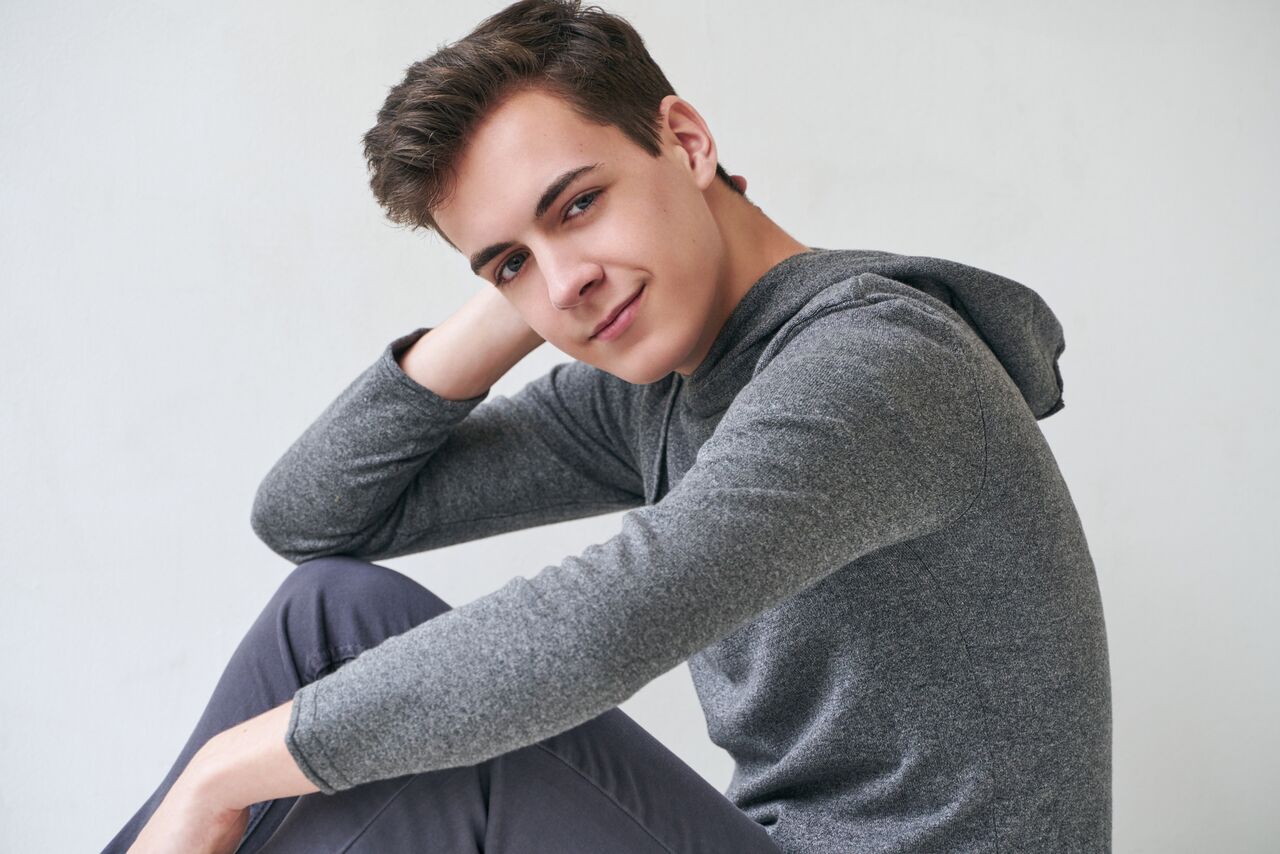 Having acted in film and television for a decade, local actor Quinn Lord is already a veteran in the industry at the age of 17. From commercials and voice over roles to television and film, he’s done a bit of everything. He recently landed a recurring role in Amazon’s hit sci-fi thriller The Man in the High Castle which filmed its second season in Vancouver this summer. The dystopian story alters the world and history by way of the Axis powers winning World War II. The pilot episode was Amazon’s most watched original program when it premiered in 2015.

As a child actor, Lord has appeared in numerous Vancouver productions like Stargate SG-1, Smallville, Supernatural, Fringe, Eureka, End Game Once Upon a Time and The 100. Now as a teen he’s no longer play “child” or “young boy” and finds himself as an American Nazi Youth member in The Man in the High Castle.

Where does your passion for acting and other performance arts come from?

Like any other kid I loved to make believe, the difference with me I think is that I always wanted a big audience around me, and I didn’t have a shy bone in my body. Thankfully, my parents noticed this and I was able to join an improvisation class which I loved. This class led to a few auditions and I started regularly booking projects. I’ve been lucky enough to continue my acting career all this time, I’m graduating this year and focusing on literature and screenwriting, I’ve always loved writing and one day I hope to direct!

That would have to be my audition for the movie Trick ‘r Treat, I really enjoyed auditioning for the mischievous Sam, as I was quite mischievous myself back then. [laughs] Everyone in the room really reacted and cheered me on when I did a few improvisations, I loved that! I was 6 and had a captive audience, I could have stayed in there all day! 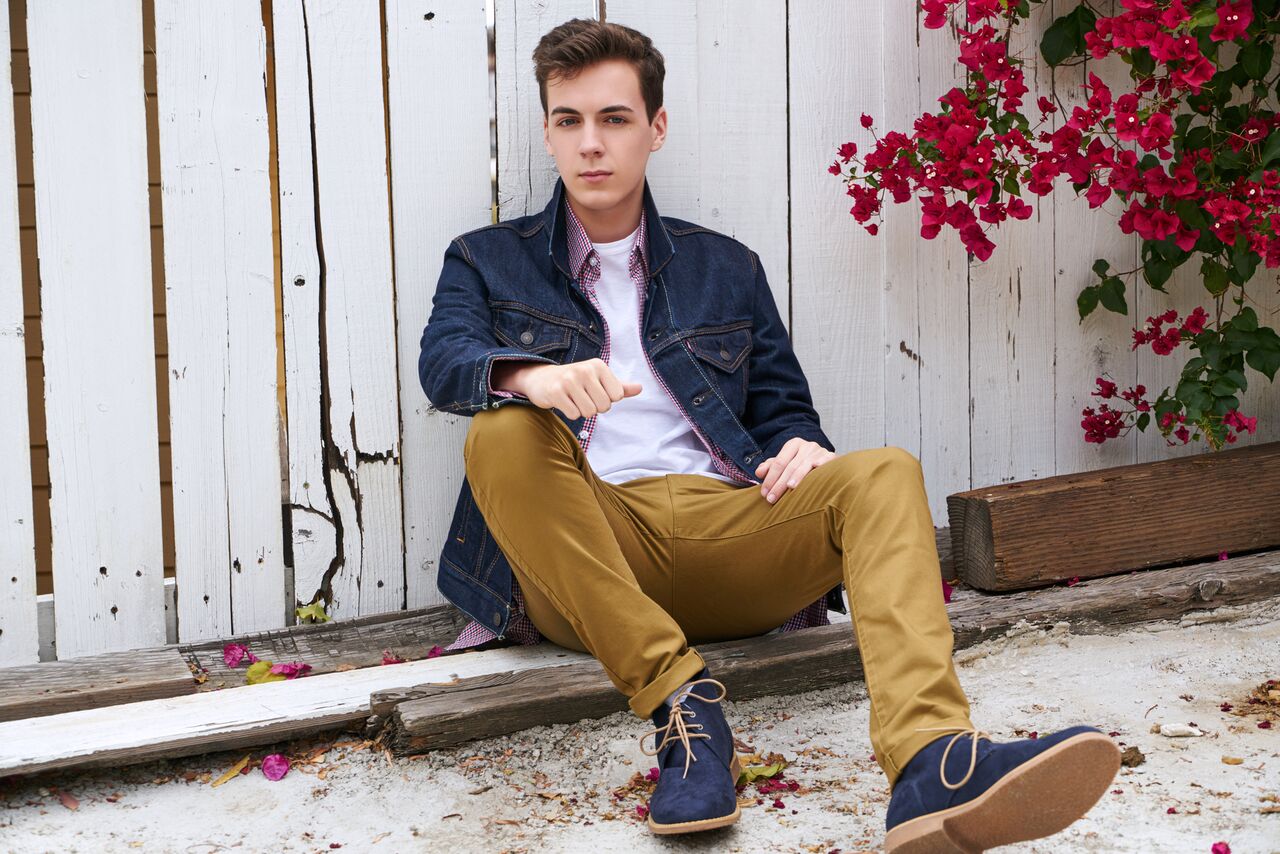 Do you have a favourite Vancouver production you’ve worked on?

Well, out of any production, including Vancouver, I’d have to say Man in the High Castle, it has a wonderful cast, and everyone behind the scenes is so great to work with! The writing, the cinematography, directing, special effects, set dec., costumes… I could go on and on, I’m just so thankful to be part of bringing a thought provoking Philip K. Dick story to life for everyone to enjoy and think about.

What’s it like growing up in Vancouver’s film and television industry?

I’ve never really felt it was just Vancouver, I’ve spent a lot of time in L.A., had Skype meetings with a director in Finland, filmed in Montréal, and South Africa and sent tapes to Scotland… I feel more like a traveling story teller. [laughs]

We are so connected with social media and technology nowadays, I feel I could work from anywhere. This is great because I’d love to spend some time in Britain, all my relatives on my moms’ side are there. I am also an American citizen (dads’ side) so my dream would be to purchase a little apartment in Britain, the U.S. and Vancouver and travel, travel, travel!

How do you prepare for a serious role in an intense drama like The Man in the High Castle?

I do tons of research before I commit to a role, for Thomas, I researched his ailment, as well as the Hitler youth, I have to say my research into the whole Nazi era was quite chilling, but very educational. I couldn’t believe humans would do these things to other humans. We seriously need to discover a life form more advanced than us to pull us all together as human beings. Maybe the petty differences some of us see, would then be eradicated.

"My first wish is to see this plague of mankind, war, banished from the earth." ~ George Washington

Do you share any traits with your character Thomas Smith?

I share a few traits with Thomas. I mainly share the traits of standing up for what I believe is the right thing, making myself and others proud and generally just trying to be a good person. I, however, do not make my bed everyday like he probably would. [laughs]

Becoming an actor is a never ending learning experience, take some courses, research your character types and tape yourself and when you feel you are ready seek out an agent. Most importantly, develop a thick skin because there is a lot of rejection in the industry, but when you do land a role it makes it that much sweeter!

Also, learn from the greats! I have had some amazing opportunities to chat with some VERY talented people and if I can get a few tips here and there, I’m so grateful!