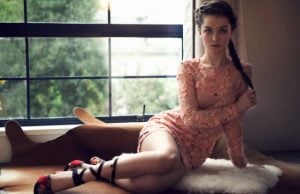 Alison Thornton has been a performer since… forever. As a kid she grew up in dance, singing, piano and theatre. After she booked a role in an episode of CW’s “The 100” she hasn’t looked back. The Vancouver actress plays 2 dynamic roles in 2 local productions: Zoey in Bravo’s “Girlfriends Guide to Divorce” and Lydia in BBC America’s “Dirk Gently’s Holistic Detective Agency”.

RELATED: Get Acquainted With An Actor; Dirk Gently’s Viv Leacock

Where does your passion for acting and other performance arts come from?

I don’t come from a performing arts family, my parents are actually both Psychologists. My mom introduced me to dance and piano when I was five to teach me discipline and to give me an outlet for my energy. I pretty much knew from then on that I wanted to be a performer. I really love seeing emotional reactions from audiences, whether they were crying or laughing, that was what hooked me.

I’ve always adored movies and television, not just to watch but to analyze and study. I think when I was seven I told my mom that I wanted to be an actor and she put me in theatre class. I guess she thought that it would blow over and that I would move on to something else but I just kept getting deeper and deeper into the acting world. I started making short films and showing them to my family, around that time I also started begging for an agent. My parents wouldn’t let me get an agent until I was 12, and we made an agreement that I was only allowed to act if I kept my grades up. 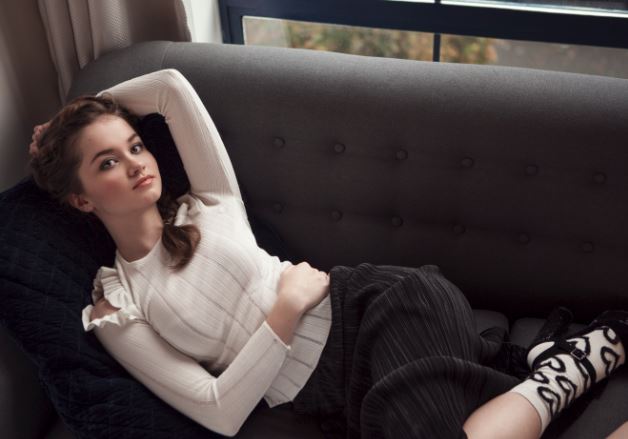 How and when did you decide to pursue acting professionally?

Honestly from the moment that I figured out that an acting career was a possibility, I was fully on board. I think that I was 11 at the time, but my parents wanted me to ease into it and see what would happen, because they knew nothing about the industry. They let me do it as a hobby for a couple of years and I had some great experiences working on Hallmark movies. When I started working on Girlfriends Guide to Divorce, that’s when my parents got on board because they saw how much fun I was having and how much I was learning. My parents have always been incredibly supportive, but also cautious. I’ve never really looked at acting as a job though, because it’s so much fun for me I can’t imagine doing anything else right now.

How has your recurring guest role in a show like “Girlfriends Guide to Divorce” benefited you as a young actress?

On my gosh, working on that show has benefited me in so many ways. Working with several different directors and actors taught me about the craft of acting, and what it is really like to be a professional actor. Learning new scripts every week and working new scenes with different actors was the best acting class anyone could ask for. All of the people on that show are so talented and so generous. Alanna Ubach plays my mother, she is an incredibly talented woman.  She was a child actor so I ask her questions all the time and she has the best advice for me and knows a lot about the industry. Also, I really felt like I was among like-minded people, even though I am the youngest (Besides Dylan). Girlfriends Guide was the first time in my life where I felt like I was truly in my element. It really clicked that movie and TV people were my kind of people.  I also love working with the other kids on the show, Conner Dwelly and I have become great friends, we went to Fright Night together this year and totally freaked ourselves out! It’s great to know other people my age in the industry.

@girlfriendsguidetodivorce bts of the season 2 finale! Can't believe were more than halfway through season 3!!!

Does your character Lydia in “Dirk Gently…” share any traits with you?

Yes, we are both at that point in life where you think that you’re an adult and can take care of yourself, but you are actually clueless. I mean, Lydia gets herself kidnapped and soul-switched, and I can’t even do laundry or drive! We are also both pretty sassy. But Lydia dresses much better than I do and rides around in limos. Dirk Gently was such a different experience for me, it’s an action packed show so I got to do stunts for the first time. The writing on that show is brilliant because the characters are all experiencing the same situation but from completely different perspectives, it makes for some very interesting interactions. What’s funny is that I adore all of the characters, even though they are working against each other, so I can’t choose a favorite which is incredibly frustrating, but it shows the quality of the scripts. The actors are so amazing in bringing the characters to life.

What’s it like to be able to work on a range of local productions?

It’s great! I get to see different sides of the industry, which is so interesting and helpful. Right now is a great time to be an actor in Vancouver because there are so many productions going on, which means a lot of opportunities. Being an actor in Vancouver is cool because the community is very small, so you get to know people really well. I work with the same actors on different productions all the time and I’m constantly running into crew members that I’ve known for years from different jobs. Vancouver is also so close to LA, so it’s a very easy commute.

When you’re not on set what do you do in Vancouver for fun?

I ride horses, the horse that I’m riding now is a thoroughbred named TJ. He is adorable. I’m also a teacher assistant at my dance studio, which is a lot of fun. I help teach jazz and lyrical dancers. Other than that, for fun I like to hang out with my friends. We play a lot of hide and go seek. I’m not sure if that is socially acceptable for 17 year olds but it is a blast in the dark. And I love skiing and hiking the local mountains, Garibaldi Lakes in one of my favorites. My dad and I go up to Whistler and Blackcomb to ski whenever we can. It’s kind of our tradition to ski in the morning and afternoon, then to drive up to Pemberton in the evening and have dinner.

Are you working on anything as an aspiring writer and director?

I’m writing two scripts right now, they are not going to go anywhere but I find writing to be very therapeutic. One is a comedy about aliens and the other is a drama about possession. I’m hoping to be more involved with writing and directing as I get older.

Make sure to be ready for opportunities when they come, and study every aspect of the industry that you can. Read about editing, directing, casting, writing, producing etc. The more you know about everyone’s role, and what they need from you, the better off you will be.  Also, don’t be afraid to immerse yourself in different things. I recently took up singing lessons, and I’ve already had to use that in a couple of auditions.  I also really think that dance helps me physically inhabit roles, so everything that you do counts.