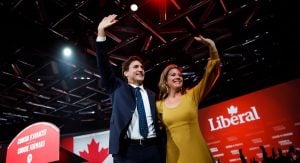 It’s official. Justin Trudeau has retained his position as the Prime Minister of Canada. The Liberal of Party of Canada remains in power, albeit in the form of a minority government.

338 seats were on the line. The Liberals finished with 157, while the Conservatives won 121, the Bloc Québécois won 32, the NDP won 24, the Green Party won 3, and an Independent (Jody Wilson-Raybould, of Vancouver-Granville) won 1.

Here’s what each of the Prime Minister candidates had to say during their speeches as the results of the 2019 election rolled in.

The People’s Party of Canada was founded by Maxime Bernier in 2018 after he left the Conservative Party of Canada. He was the only one of the 6 party leaders to lose their own riding this time, but Bernier remained hopeful in his concession speech. “It’s only the beginning”, he said.

Elizabeth May won her riding of Saanich-Gulf Islands, one of 3 seats the Green Party won. In her speech, she drew laughter after she said Conservative Party Leader Andrew Scheer owed her $50. The joke was referring to a bet the two party leaders made during a debate where May predicted that Scheer would not form government.

Jagmeet Singh also retained his seat after winning his home riding of Burnaby South. At his concession speech in Burnaby, Singh remained positive and hopeful, as did his supporters, particularly after chants of “tax the rich” broke out.

Excluding the Liberals, the Bloc Québécois were arguably the biggest winners of the night. Despite not running any candidates outside of Quebec, the Block was able to win 32 seats, a gain of 22 since the 2015 election.

“From coast to coast, tonight, Canadians rejected division and negativity. They rejected cuts and austerity, and they voted in favour of a progressive agenda and strong action on climate change”, Trudeau said in his victory speech. Trudeau’s Liberals lost a bit of power, to the tune of 29 seats, but this victory will still be considered a second chance for the incumbent Prime Minister. 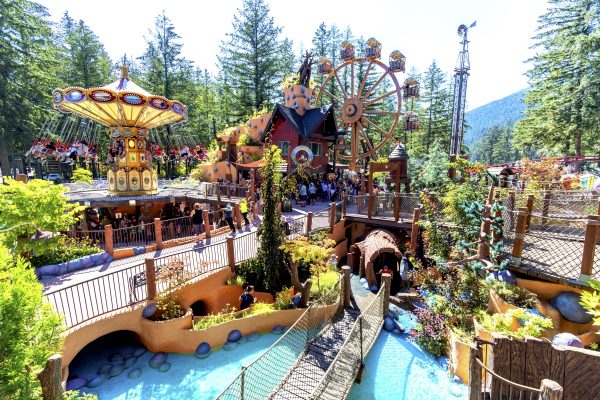