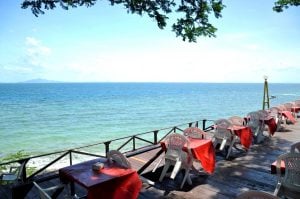 Delta may be on the verge of getting a new casino, but another exciting development may come to fruition.

Delta South MLA Ian Paton spoke to 604 Now about plans to revitalize and develop the Ladner Harbour. He envisions a waterfront similar to Steveston Village, that would attract people to local businesses.

“My vision includes privately owned restaurants, cafes and shops along the water. Places where people can enjoy sipping coffee or eating fish and chips with a view. Some areas would be partly over the river, allowing places to enjoy a stroll along the water in the sunshine.”

RELATED: 44 Things To Do & See In Richmond & Delta This Spring

Many businesses have already inquired about investing in the area; however, they are put off by the fact that the area doesn’t allow long-term leases.

In order to procure a loan from the banks, these companies need long-term leases. Right now, the most they can acquire is a short-term lease of one or two years.

In fact, the the City of Delta acquired the Seven Seas Fish Co Ltd processing building five years ago; however, no one will purchase it. Evidently, Chisholm Street’s lack of development and the leasing issues deter potential buyers.

“Delta used $2.3 million in amenity money it received from the port about a decade earlier to purchase the site with a goal to eventually encourage major redevelopment and revitalization of the area. It’s also a major component of the more recent South Delta Business Sustainability Strategy. Delta had already approved a new waterfront mixed-use zone for its parcels that would permit a wide range of uses,” reports the Richmond News.

Now, Paton is working with Doug Donaldson, Minister of Forests, Lands and Natural Resources, to change the leasing agreement.

On Tuesday, April 17th, two deputy ministers were sent from the Ministry of Forests, Lands, Natural Resources to film a video in the Ladner Harbour.

In it, property owners discuss the stress of having short-term leases. Also, they say the area generates $100 million annually in economic activity, and it is all in jeopardy. As such, acquiring the new leases would give owners reassurance for their homes and structures.

If the Ladner Harbour is granted the longer leasing agreement, the area will attract a plethora of businesses. In turn, it would generate even greater economic growth for the City of Delta.

Paton was unable to confirm the exact timeline for future development in the area; however, he said that the fact Donaldson had sent the ministers to film in the area was promising.