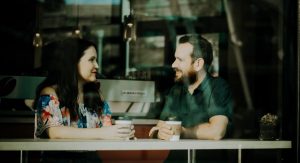 Everyone knows that Craigslist is the place to go to sell something you want to get rid of, but don’t forget about the Missed Connections section.

It’s what it sounds like: if you happen to meet someone somewhere that you thought you made a connection with, but didn’t see it through, you can leave a message here and hope they see it.

That creates space for a lot of good stories. Some are rom-com-like, some our truly tragic, and others are…on the opposite end of that spectrum.

Here are some tales of missed connections from Vancouver Craigslist.

Hey you, saw you today at McDonald’s at Commercial and Broadway. You were wearing like faux leather leggings, black. I was tall white dude in all black, we both have black glasses too. So we smiled at each other right away when we made eye contact, it was about 4:30 I think? Then you got your coffee’s and stopped to fix them, then as you walked by I said, “you are killing me in those pants girl” you smiled a big smile again. :) Looks like we both made each other’s day. Care to meet up for coffee sometime? ;)

Your maden name was Debbie Dawes and i was best friends with your little brother Allen. Last time I saw you, you were working at taco time at guildford mall in the 80’s. I hope Allen or you see this as I would love to reconnect.

I came in today on November 11th for some bowling with my friends around 2pm and you were working. You were wearing a white shirt and had a necklace on as well. You absolutely took my breath away and I was hoping to strike up a conversation but it got so busy.

I hope you find this. I was wearing a blue hat and a black hoodie. I would love to get together for a coffee or a drink. :)

Then there are the stories involving a short, but shared, experience while commuting.

Looking for a cutie on Canada line (YVR)

Looking for a cute guy that my friend she met on Skytrain departure from YVR airport a few weeks ago, he is 6’1 or something, wearing grey hoodie and a big duffel bags , he looks like he works at the airport construction, he have the warmest smile and I miss the chance to talk to him, if anyone might know who’s that please let me know.

I was driving a silver Lexus SUV westward on Lougheed on Thursday the 7th at about 3 pm and we pulled up alongside each other at the Boundary light. We both looked over and there was prolonged eye contact, albeit a bit awkward. :)

Coffee or a drink?

And the meet-cutes at the events.

We were both at the Annual Hump Festival at Rio yesterday for the 8:00pm viewing, I (male) was with my friends, you (male) were there by yourself.
You asked if the seat beside me was empty, I said no. We chatted very briefly.
I think you’re pretty awesome. If you ever want to grab a beer of coffee let me know.

We met at the housing conference that ended today. I’ve never been so attracted to someone. Not sure if the feeling was mutual. I’ll probably never know…

And the ones involving food.

Early October. At the broadway/Cambie Whole Foods. We exchanged glances and I gave you a suggestion on which hummus to buy. You had bike panniers. Are you out there?

You – super cute Korean girl in a group of four. You were sitting closer to the window and moved to the middle table before your bubble waffles were served. You have beautiful, dazzling, and clear big eyes with pink eye shadow that day. Your coat matches the grey sweater you had inside. We had eye contact when you exited the washroom while I was grabbing water.

In short, you were perfect. Would you like to go for bubble waffle next time without the other three girls and with me? Maybe I’ll show you where to get “proper” bubble tea.

This last, and best, one is like the premise of Netflix rom-com.

We both stopped at Shoppers Drug Mart to have our passport photos taken at the same time – you were wearing a bright blue jacket. I was wearing a dark blue jacket and black gloves, white shirt and jeans.

You’re seem like a genuine and kind person. (And you’re really pretty too!) I wanted to ask you out for coffee, especially after the photographer mistook us for a couple.

I worked up the courage to walk back and ask shortly after I left, but you were already gone. I wish I’d asked sooner – but if you’re free, perhaps we could also get mistaken for a couple at a coffee shop? ;-)

During our conversation, we exchanged our Christmas travel destinations – they’re actually pretty close! Please include those in your reply so I know it’s you.