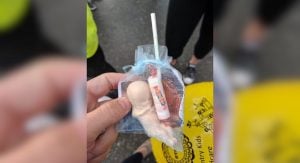 A pregnancy centre in Chilliwack is being criticized for a goodie bag it was handing out this weekend.

Children opened up their goodie bags this weekend at the Rosedale Harvest Festival to find a plastic fetus promoting a pro-life agenda.

Chilliwack hosted its annual event on Saturday, which included a float parade from local businesses. Among them was the Chilliwack Pregnancy Care Centre float, but what they handed out was considered “offensive,” by many.

“How is this allowed at a ‘kid-friendly’ event?” wrote one festival-goer Connie MacLeod on social media. “Regardless of where you stand on the topic of abortion, what parent wants to be talking with their little ones about the ‘butchering of unborn babies’? How does that spread enjoyment for the event?”

The plastic fetus was accompanied by a note, explaining the stage of a fetus at the point of abortion. 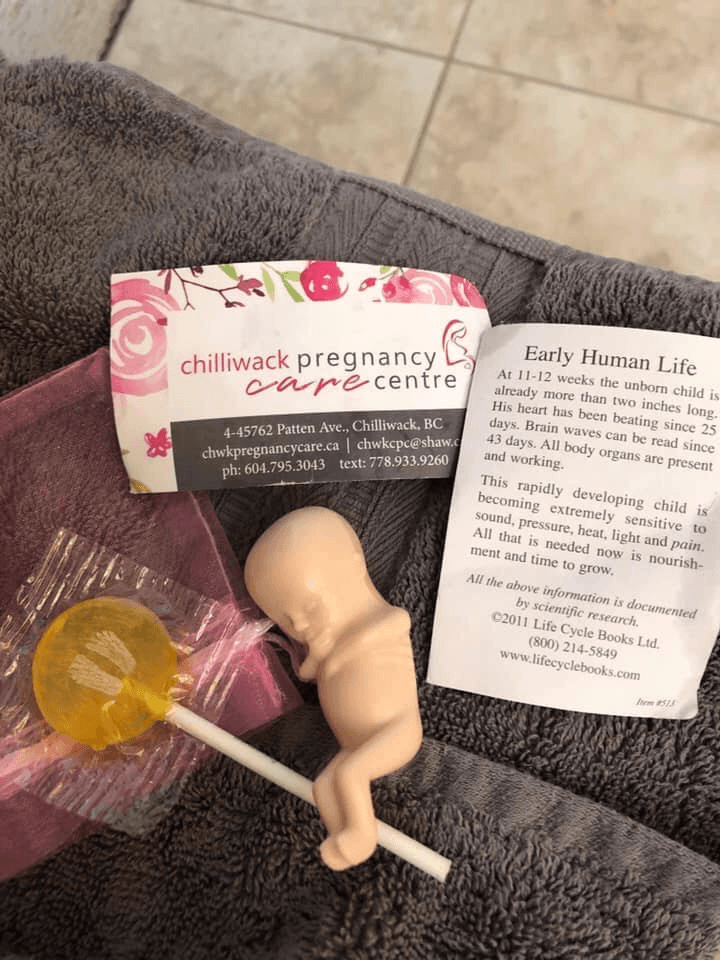 People took to social media to complain about the package, as one person called it “disappointing.”

“Regardless of your stance on that topic, that is not appropriate for a family event. No apologies. Hurtful and insensitive to those who have suffered losses,” they wrote on social media.

The event organizers acknowledged the goodie bag contents on their own Facebook page. They said they were unaware of the plastic fetus beforehand, but assured the incident would not happen again.

“We hope from here on out to limit the handing out exclusively to candy,” they stated.