Maybe this isn’t something to be proud of too much. Online dating service Ashley Madison has ranked the top cheating cities in Canada. 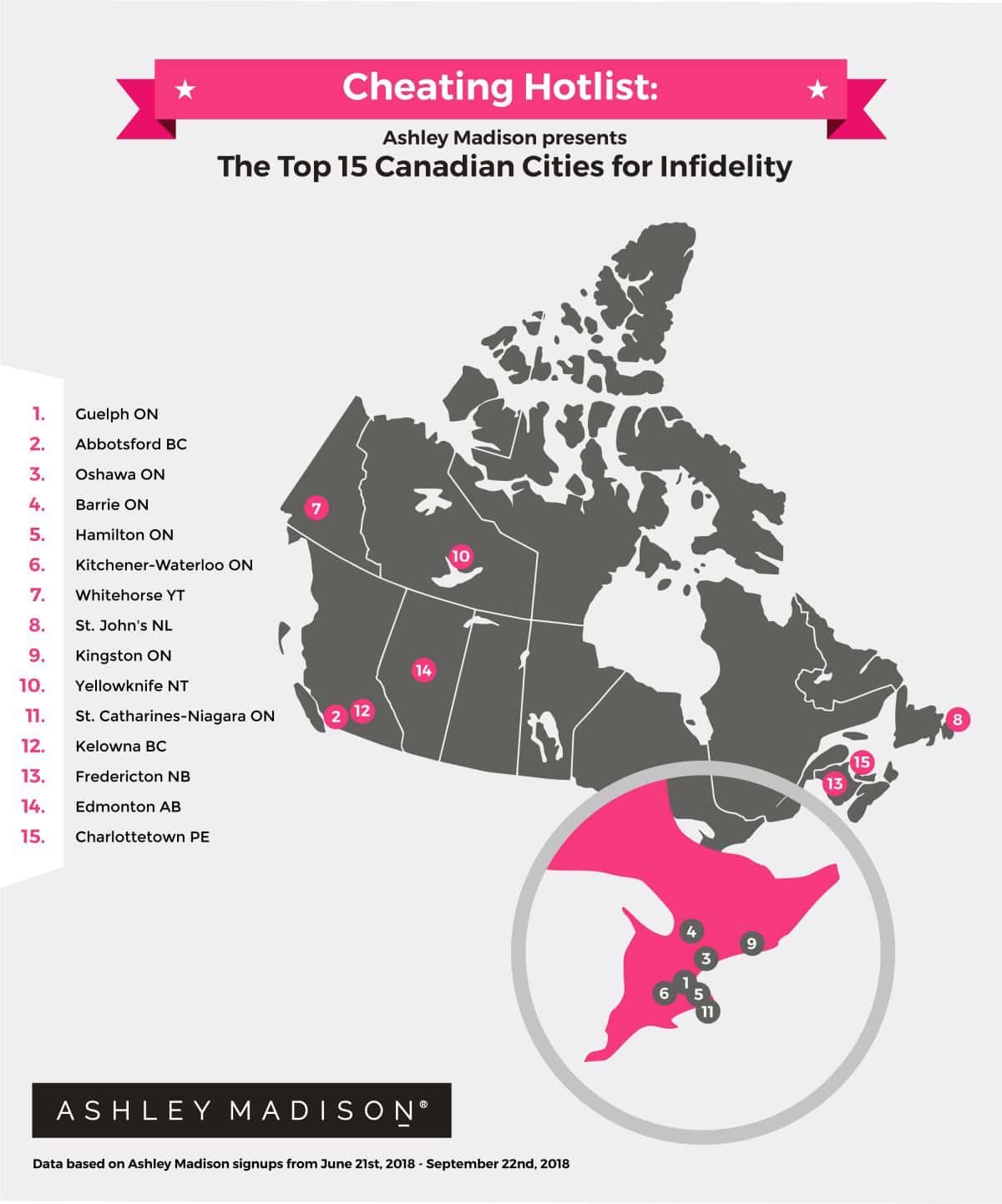 Their “Cheating Hotlist” ranks the top 15 Canadian cities for infidelity. This list uses data from last year and it’s based on the number of signups between June 21st, 2018, and September 22nd, 2018.

Kelowna is the only other B.C. city to make the list, ranking at #12.

Below is the full ranking.