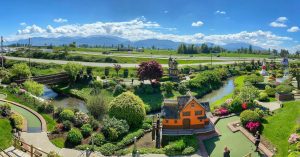 The family amusement park was forced to close last November when flooding destroyed the area. At one point, nearly the entire facility was underwater.

Highway 1 outside #AbbotsfordBC is completely flooded! 😱😱

While no exact date has been provided, they state Castle Fun Park will reopen in early summer which could be as soon as the end of the month or early July.

The attraction is best known for its kid-friendly rides, mini golf, batting cages, and over 200 arcade games.

It originally opened as Wonderland in July of 1989, and then rebranded to Castle Fun Park in 1998. The park is owned and operated by the Wiebe family.