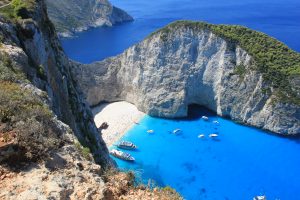 Who is itching to travel?

If you find yourself raising your hand, like many of us are, be prepared to possibly get two passports ready.

Currently, travel restrictions ban anyone from entering Canada, even if you have been vaccinated for COVID-19. However, there is talk brewing to see if that can be changed to allow those that have been fully vaccinated to travel without the need to quarantine via creating vaccine passports.

The government has weighed in on the idea, however there are pros and cons.

How Would Vaccine Passports Work?

The International Air Transport Association (IATA), an airline trade association that represents 290 airlines worldwide, is developing a digital COVID-19 vaccine passport for travellers, called the IATA Travel Pass. This would be an app, and can also store testing information.

It would be up to the countries to adopt this and enforce it.

In theory, they would allow those that have been fully vaccinated to travel places where those unvaccinated could not go. However, some health officials are saying that at this time there is insufficient date to rely on vaccination alone. As such they say the best measure is still the testing, despite being vaccinated.

Some Countries Are Doing It

Vaccine passports are not entirely new. They have been used before in some countries to show vaccination against things like yellow fever and polio.

Recently, Israel, Sweden, Denmark, China, and the EU have said they planned to introduce some form of vaccine passport to allow people to travel internationally, or to enter bars, restaurants, clubs, and events.

However the World Health Organization (WHO) has blatantly said that at this time, “people who are vaccinated should not be exempt from complying with other travel risk-reduction measures.”

While his mandate is to get the vast majority of Canadians vaccinated, he does also state that, “there are medical reasons, a broad range of reasons why someone might not get vaccinated, and I’m worried about creating … undesirable effects in our community.”

It also raises concerns about inequities.

“The idea of certificates of vaccination for domestic use does bring in questions of equity. There are questions of fairness and justice. There could be discrimination,” Trudeau said.

He has explained that although a vaccine passport program could be implemented to curb transmission, he is reluctant as there are still concerns that can put Canadians at risk. There are others who are not on priority lists who will have to wait much longer before getting vaccinations.

How It Impacts B.C.

Premier John Horgan says he will support the use of international travellers producing vaccine passports. However, he doesn’t necessarily believe that B.C. residents need them to attend events locally.

The premier says the issue of vaccine passports has been brought up and a topic of discussion between the premiers across Canada and  Prime Minister Justin Trudeau at their weekly meetings.

What Do You Think?

Travellers to Canada are required to show proof of a negative test within three days before their arrival, and if flying in, must stay in a government-approved hotel for three nights, at their expense.

Do you think vaccine passports will help? Or do you feel it will be unnecessary and may cause more harm than help? Let us know in the comments below.