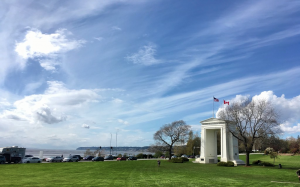 The Canada-U.S border closure is set to expire this month, but the possibility of reopening is concerning health officials.

The closure will stay in place until June 21st, but Prime Minister Justin Trudeau announced, Monday, that Canada is easing those restrictions.

RELATED: Stanley Park Is Officially Reopening To Cars, But With Smaller Lanes

Soon, families separated by the border will be able to reunite, but people must still self-quarantine for two weeks.

But like other Canadians, health minister Adrien Dix is dead set against reopening the border.

“In Washington, in Oregon, in California, in Arizona, in Nevada –states where there are many reciprocal relationships, or where people from B.C. go frequently— there are significant upticks, actual upticks in the month of June,” he said.

Canada and the U.S. originally closed the borders to all non-essential travel in March. The prime minister and president have been extending its closure since.