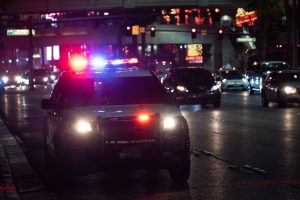 New orders are being developed under the Emergency Program Act “to restrict people’s ability to leave their health authority.”

RELATED: White Rock Might Shut Down The Pier and Promenade After Busy Weekend

“This will be conducted through random audits, not unlike roadside stops for a counterattack during the Christmas season. They will be susceptible to all travellers, not just a few travellers. There will be a fine if you are travelling outside of your area without a legitimate reason,” said Premier John Horgan.

While Horgan didn’t specify how much the fine would be, he emphasized we’re at a crucial point and people should not be travelling without a legitimate reason.

“This is about travel. There will be no additional authority given to police. This will be a random audit to ensure people are following the guidelines.”

After generating confusion from residents across B.C., Public Safety Minister Mike Farnsworth clarified the road checks won’t be random but police would only use “periodic roadblocks only” and they may be set up at places like BC Ferries terminals or along Highway 1 to chat with people leaving the Lower Mainland.

BC is also clamping down on hotels, who will no longer be permitted to accept bookings from anyone outside their respective communities.

BC Ferries will also no longer accept bookings for vehicles such as campers and trailers.

New signs will also be placed at the Alberta border to discourage non-essential travel into B.C., however there won’t be an official ban in place.

“Unless they’re coming for essential business, they should not be here. They should be back in their home communities.”

The Province also confirmed its “circuit breaker” restrictions will remain in place until at least the end of the May long weekend.

More details are expected to be announced ahead of Friday.