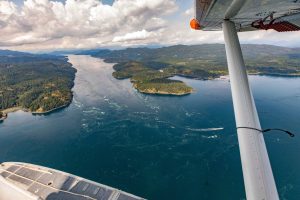 B.C. has announced that there have been hundreds of hectares of land added to the list of provincial parks and protected lands.

These new lands, including 16 provincial parks and two protected areas, were acquired in 2020. They range from hiking terrains to scenic islands along the coast of our province.

RELATED: These Dreamy Beaches Are The Best Vancouver Island Has To Offer

One of the largest acquired areas is in Haida Gwaii. It features approximately 123 hectares of wetlands, bogs, sand dunes, temperate rainforest ecosystems and roughly 100 kilometres of beach coastline. This area has been added to Naikoon Park.

The province also added a 20 hectare island to the Octopus Islands Marine Park, near Vancouver Island. This is a popular areas for kayakers, and also has a lot of cultural history.

For more information on things to do across B.C. visit our Travel & Outdoors section.