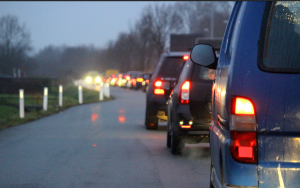 ICBC is getting an overhaul on its vehicle insurance system, which will reduce rates by 20%.

The B.C. government announced their plans to change the system, saying premiums could drop by up to $400 a year.

“It’s time for a change at ICBC,” said B.C premiere John Horgan in a statement, Thursday.

The new system will also mean those injured in a crash will be entitled to $7.5 million in care and treatment, compared to the current $300,000 limit for care and recovery.

But to do this, ICBC will limit expert reports and effectively cut lawyers and legal fees from the process.

This will redirect the millions of dollars spent in legal costs each year to benefit those injured in crashes. Legal fees equaled to about $700 million in the current fiscal year, said the government.

The government intends to introduce new legislation for the system, which will be in effect May 1, 2021.

This comes after recent reports showing the province has the highest vehicle insurance rates in Canada. In fact B.C. premiums are nearly 1.5 times the amount of Alberta premiums.

While British Columbia waits for new legislation, ICBC said rates will not change this April.

For more stories in Vancouver, check out our News section.