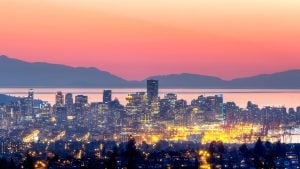 I know, I know. It’s another real estate article. From gangs potentially laundering literal duffle bags of cash to shadow flipping to the inevitable crash that will happen sometime between a decade ago and a lightyear from now – Vancouver’s real estate market has been well-documented over the past few years.

RELATED: This Is How Much You Need To Make To Buy A Home In Metro Vancouver (MAP)

But what if you abandoned the seven dollar coffees and even more expensive avocado toast to save hard for that oft-dreamed of downpayment during the rollercoaster-worthy rise of the Lower Mainland’s real estate market? Where should you even begin to look (and more importantly, where should you avoid?) That was the question that we wanted to answer and, with the help of a report from Zolo Real Estate, I think we managed to find it.

All three property types were judged on four main criterion; the cost to purchase, transit score, and area reputation.

Worst Place to Buy a Condo

Starting at over $650,000 in 2017, the worst place in Metro Vancouver to buy a condo is Hamilton in Richmond. Situated across the water from the very industrial Annacis Island, Hamilton’s residents who are unlucky enough to have to get transit can expect their average commute into Downtown Vancouver taking an hour or longer. And if you think that a transit score of 45 is awful, the walking score of the community is just 15, meaning that almost all errands require the use of a vehicle.

Although there are not too many homes for sale in the area currently, those that are on the market have been struggling to shift with one property in the area dropping 5% between May and September, according to My Realty Check.

Worst Place to Buy a Townhome

Although the report lists Grouse Woods in North Vancouver as the worst place, we think that it is actually the next worst-placed community that should take the mantle. After all, there probably aren’t too many who can afford over a million dollars for a townhouse. That next placed community is Cliff Drive in the quaint village of Tsawwassen, which probably would be an honourable mention for the worst commute ever–taking over an hour by car to Downtown Vancouver in rush hour.

With a transit score of 43, you can get out of the community, but it’ll take a while (a bus, the Canada Line, and a brisk stroll one way, to be precise.) Moreover, the sleepy community is a proverbial sea of red when it comes to sales with properties dropping their prices in the region of 8-14% on average.

OK, so we’re not going to pretend that everybody in Metro Vancouver can actually afford to purchase a single-family detached property in the Lower Mainland. Putting reality aside for just a few moments, where would be the worst place? According to Steve Saretsky, Langley should be high up on that list. Although the city itself has some transit, a commute to Downtown Vancouver is going to take up to an hour and a half – not including the likelihood of an accident on Highway One.

Saretsky noted that the city has been going through a building boom but warned that the additional supply could make the local real estate market vulnerable should housing prices decline significantly. 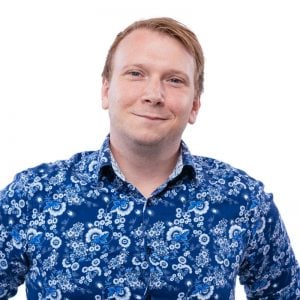 This article was submitted by guest author Reece Mack.

He is passionate about community and bringing awareness to important issues. His work has been published in Forbes, The Province, Vancouver Sun and Realtor.com.