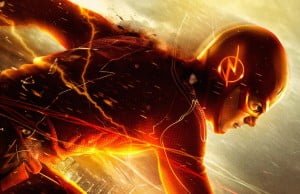 American television network The CW has made a lot of teens and sci-fi fans happy with its renewal list for the 2017-18 broadcast season.

The decade-old network is renewing 4 DC Comic shows which serve as flagship cornerstones of programming – they all happen to be filmed in Vancouver:

CW has stated no plans for a Superman spinoff are in the works after the character was introduced on Supergirl. On the other hand, Arrow led to 3 spinoffs.

Another staple CW show and Vancouver production, Supernatural will return for an impressive 13th season.  And yes, it is the longest-running sci-fi/fantasy series in North America having passed Smallville a couple seasons ago.

Midseason programs that are filmed in Vancouver have the following premiere dates:

Rob Thomas, one of the people behind iZombie, has said he expects production for his upcoming reboot of The Lost Boys to be centered in Canada as well. At a recent panel he stated he loves shooting in Canada and can build a San Fran replica in Vancouver to shoot there most of the time.

The network also has other reboots in the works for pilot season like Dynasty and Charmed  – the original was set in modern day San Francisco so Vancouver could be a viable option for filming.