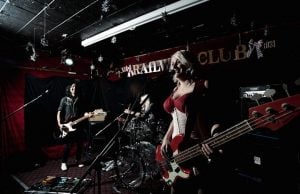 After recently announcing the former Railway Club venue would reopen this year, its new owners have now announced that upon reopening it will be called The Railway Stage & Beer Café.

In a press release, the new owners stressed their commitment to the venue’s history of live music. Alongside that, they also plan to make ‘The Railway Stage & Beer Café’ a craft beer destination. Plans are afoot for a menu of 32 different craft beers, including rotating taps.

To achieve both goals, expert advice has been sought. Donnelly and Cole will be working with Thomas Anselmi to ensure the venue’s new incarnation offers a great live experience and maintains the special atmosphere which won the Railway Club a special place in the city’s heart.

Anselmi, whose CV includes Fox Cabaret and the Waldorf Hotel, said: “The Railway is one of the most historic live music stages in the city, and this is an opportunity to bring new life to a key venue in Vancouver.”

While the event schedule is still at an early stage, two things have been announced. The venue will be home to Dino Archie’s comedy night and Joe Rotundo’s Saturday Sessions (which took place at the Railway Club prior to its closure).

The venue will also benefit from the experience of Donnelly and Cole themselves, and Donnelly said: “We want to create a great space with great products and great service, it’s what we take pride in. As publicans, and sometimes this gets lost, our most important job is to provide new, interesting products, and make people feel comfortable and safe when they are in our care.”

The Railway Stage & Beer Café is located at 579 Dunsmuir Street and aims to open in Spring 2017.