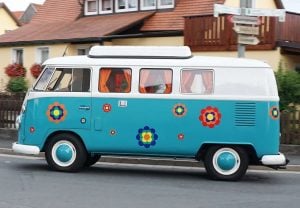 While there are a number of magical hippie towns throughout British Columbia, few can deny Nelson’s unique charm.

Nestled in the Southern Interior, this kootenay gem is a town of approximately 10,000 people. Although it doesn’t boast an enormous population, it has a diverse and fascinating history. Indeed, the legacy of its past is woven into a vibrant arts scene, thriving cultural presence, and rich historical buildings.

Forget the Stock or Bitcoin Exchange, whats your #🚀2018 startup idea for our region? @imagine_kootenay

One need only take a short stroll with one of the town’s many walking tours to feel immersed in the past. As a matter of fact, Nelson Kootney Lake notes that, “Nelson has more lovingly restored heritage buildings per capita than anywhere else in the province.”

The town was founded by the Pacifists in the early 1900s; however, the town originally gained wealth after gold and silver were discovered in 1867 in the area.

RELATED: Retreat To This Oceanfront Resort For An Enchanting Experience

As a result of its inspired legacy, Nelson is home to a multitude of artists and writers. As such, it functions as a haven for souls that wander off of the beaten path. In addition, the welcoming metropolis aided draft dodgers from the United States during the Vietnam War.

Now, the town welcomes “urban refugees” – those attracted to its carefree, inclusive spirit. Also, the area is known for producing plenty of fresh, organic produce and other crops. Further, the area attracts a multitude of marijuana enthusiasts to its mellow streets. Apparently, the city was able to stay afloat and actually thrive economically as a result of ample and illegal marijuana production.

Aside from its beatnik allure, this charming town is also known as the best ski town in North America. In fact, Nelson acquires abundant snowfall in the winter months, which makes it an ideal stomping group for alpine activities.