Manjit Minhas is a Canadian entrepreneur who helped turn Minhas Breweries & Distillery into one of the largest breweries in the world. Born and raised in Calgary, Minhas co-founded the company with her brother, Ravinder Minhas, in 1999 and the rest was history.

Today, the beer baroness is one of the top women entrepreneurs in Canada, and a popular venture capitalist notably on CBC’s Dragon’s Den.

Manjit Minhas was in town recently as a keynote speaker during the Vancouver Tech Summit. Prior to picking up the mic, her attendance alone spoke volumes as to why she is indeed a “fire-breathing Dragon” that lets nothing get in her way.

Moments before taking the stage, the MC revealed that Minhas had been battling strep-throat and there was a short silence. For most speakers, an itchy throat is a valid reason to back out of a 45-minute keynote, but not for Manjit.

Minhas walked onto the stage and delivered a presentation no one in the audience will soon forget. She spoke about business, mentorship, and what it takes to be successful.

604 Now had an opportunity to interview Manjit Minhas following her keynote to discuss her presentation, further outlook on mentorship, and favourite things to do in Vancouver:

The story about your early mentor Max was very inspiring. Do you have more mentors in your life today?

Yeah I have so many and they’re constantly changing as my life has changed which is what I think is really important. In the last 20 years, I’ve got married, I have kids, I have different responsibilities on the personal side but also on the company side. We have grown from being a co-packer to owning seven manufacturing plants around the world. With that comes team members and a lot of other things that we didn’t deal with in the beginning when it was just my brother and I. I have a lot of different mentors. In my life, a lot of them are women still, I have a couple men but I find it’s kind of twofold when they’re women in my world – but they’re not in my industry, might be in beverage in general, but not necessarily in alcohol.

A lot of successful people have embraced mentors, while some have received flack from learning everything they can from a mentor and moving on from them. Where do you stand on changing mentors throughout your life?

I think it’s like friends. Like my dad used to say when growing up, you are the average of your 5 closest friends. I didn’t always understand that of course growing up but now as a parent and as an adult I agree with it.

Those 5 people have to change as you grow, when you move physically, or as an individual going through different life stages. I don’t think it’s really plausible or even if something anybody should aspire to that you should have the same people in your life as far as colleagues or even friends for your entire life. You change as an individual and I think your needs change and it’s important to recognize that. Other people grow around you that you admire and I think it’s normal but can also help with your own growth. Having the same mentor in your life, that’s not a good thing.

On Dragon’s Den we as viewers see the pitches, the negotiations, and the deals. Once a deal goes through, a Dragon such yourself has so much to offer other than money. How do you coach the people you invest in? 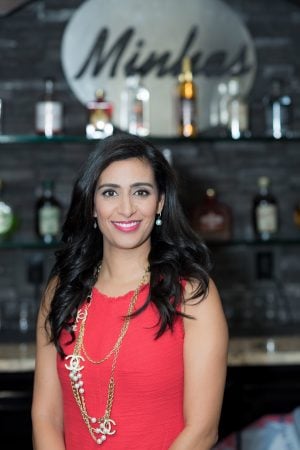 Helping them not make the mistakes that I have but sometimes they need to make their own mistakes in order to learn from them and go through that because sometimes they think they know better – but that’s okay. I would definitely say just being in that mentoring position to be there when needed, and be a sounding board for all the things going on in their head and the opportunities in front of them. The hardest thing for a startup company is to say no to all of the potential opportunities. There’s so many distractions that can really be hard to say no to because you want to take on everything.

A big portion of what I do besides writing them a cheque is being a sounding board to everything going on in their world. Also, let’s face it – the networking. I’m still out 4 out of 7 nights a week networking. I let entrepreneurs know where they should be spending their time and with who.

For the 16 years prior to Dragons Den, there was a lot of people I got to know who are not only executives or own great companies despite the fact I had nothing to sell to them. But I still kept relationships with them or friendships to learn from them or vice versa because you never know what could happen. You never know what’s going to happen tomorrow, next year or in five years – so it’s important to keep yourself open to the networking and the people portion of a business is something you’ll never ever regret. If you actually let yourself get out there it’s unbelievable what you can learn.

You’re the Co-founder of one of the largest homegrown breweries in the world plus countless other businesses. How do you relax and switch your mind off work for a good night’s rest?

I have a superpower. My husband tells me that if I switch my brain off, I switch it off! I sleep 7 hours a night ever since I can remember and I don’t compromise on that. I sleep 7 hours no matter where I am or what I’m doing and that’s important for me to take care of myself and know that is what my body and mind need. In addition, I have two girls, six and eight, and they’re definitely a great way to get your mind off anything. Also, I watch TV – I don’t go straight to sleep. When I get into a bed, at a hotel or in one of my own homes, I turn on the TV but I don’t watch news because that can be hard on the mind and the heart. But I pick a show, and I have one almost every night no matter where I am. I watch a show from half an hour to an hour per night. Watching TV helps turn my brain off. I watch things like Survivor, Scandal, Madam Secretary, and light shows. This Is Us makes me cry [laughs]. I’ll also watch Dragon’s Den when it’s airing.

Advice for entrepreneurs who struggle to sleep at night?

What are your favourite places to grab a bite when you’re in Vancouver?

That’s a tough question [laughs]. I’m not a foodie so I eat to survive. I’ve been a vegetarian for the past 25 years which makes it a little more complicated but Vancouver is one of the friendliest places to be one. I’ve had amazing meals like grilled cheese sandwiches from food trucks. I also had dinner last night at the Botanist and I loved it, it was great. I’m not one of those people that goes to a destination to eat, I go to drink! I love going to new places all the time to find what bartenders are doing, and what are people drinking. I’ll visit new bars and lounges all the time. I like to be surprised so I don’t have a go-to. 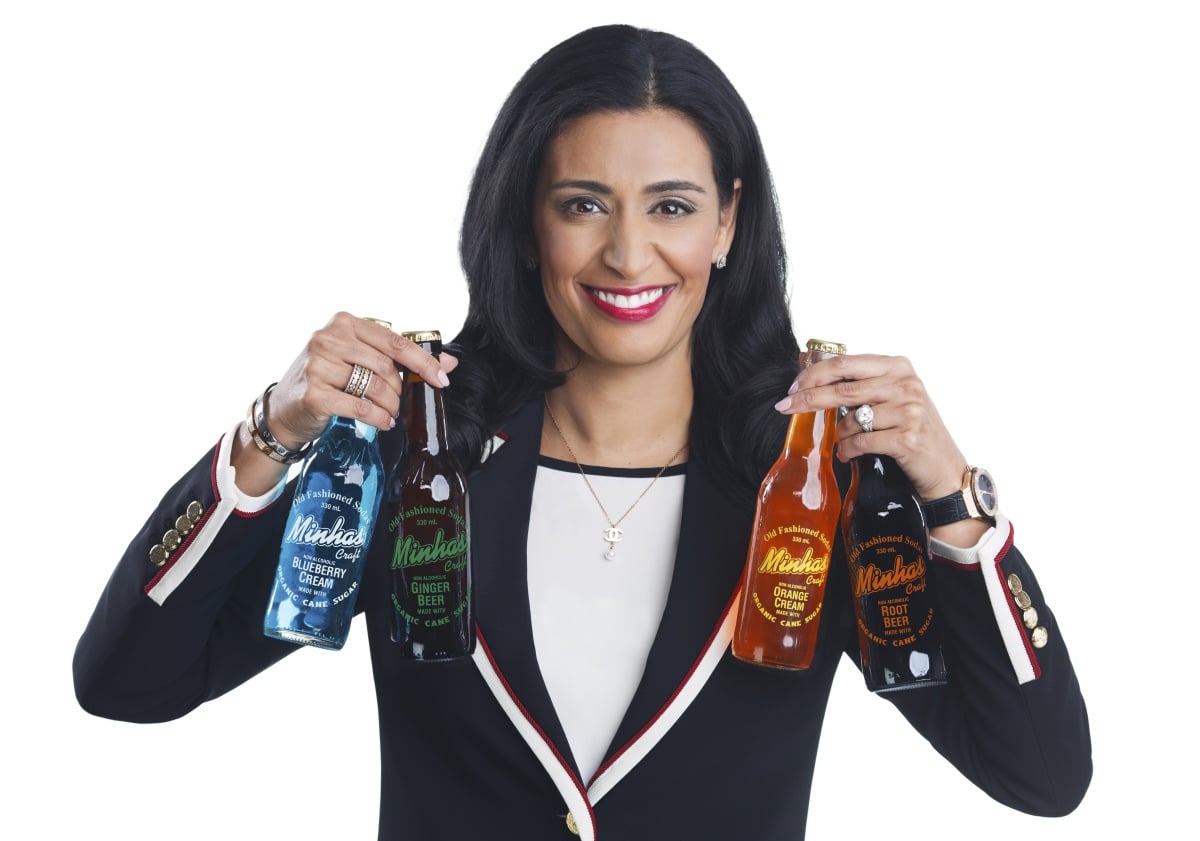 Where can locals find Minhas drinks?

BCLDB. You can find Blarney’s Irish Creams in all different sizes, Boxer Beers, our Titanium Vodka, Punjabi Club, Boxer Hard Sodas – Root Beer is my favourite flavour. We also have a bunch of new exciting products coming in the fall.

Other than eating or drinking, what are your favourite things to do in Vancouver?

It’s so nice when it’s sunny. Just walking around downtown, it’s such a vibrant community and there’s so much to explore all the time. When I’m with my kids, they never get tired of Flyover Canada – which is a lot of fun. But who doesn’t like going for a bike ride, or walking down Robson. There’s so much to do when the weather is nice.

Favourite person to meet in town?

Oh god, I would make too many people angry if I only picked one so I will say my grandparents on the island. My grandparents live in Duncan so I usually take a seaplane to hop-over and see them for a couple hours when I’m visiting. So I will stick with them to be politically correct [laughs].

Keep up with the adventures of Manjit Minhas by following her on Instagram. You can also follow her on LinkedIn for weekly advice and inspiration.