Ice Nation royal guard. Grounder warrior. Azgedan spy. That briefly describes the character of Echo in The 100 played by Canadian actress Tasya Teles. The post-apocalyptic sci-fi drama bumped Teles up from a guest role to recurring in its fourth season and is now renewed for a fifth. The series shoots in Vancouver and airs on The CW.

Tasya Teles has also appeared in other local productions like iZombie, Supernatural, Prison Break: Sequel and Witches of East End. After studying theatre at Concordia University in Montreal she moved back to Vancouver to pursue acting:

How did you make the switch from modelling into theatre and acting?

Hard work and training. I started small with a few acting classes in university, and I fell in love immediately. So I gave myself three years to commit fully to acting to see if it was something I could pursue as a career, and I haven’t looked back. Acting is much more gruelling than modeling, it requires immense discipline and focus. I’m always training in acting. I treat it like a sport.

Damn it feels good to be a gangsta …! Me and my boos last week … ? #IceNation #warriors on #fuego with the true OG's, Dean and Jason, holding it down on set @thecw @cw_the100 ?????#JustAnotherTuesday #IceNation #SoHotRightNow #The100 #Pootd #Ootd #TV #Grounders #Azgeda #CW #Vancouver #WarnerBrothers #Film #Crew #Love #instagood #instafollow #instagram

Do you share any characteristics with your character Echo in “The 100”?

Yes. I’m a spy. And I have wicked sword skills.

How would you adapt to a real-life post-apocalyptic world?

Make a fort and hide.

How have you made Vancouver your home having been born in Toronto and studying in Montreal?

Vancouver is kind of like my sanctuary. My family and friends are still mostly on the east coast, so there’s a lot of celebration, and dinners, theatre and socializing out there – it can be tiresome! Vancouver is where I find balance. The city provides an amazing environment for health and wellness, which I love. I think we have access to the best food and produce in the country, and being on the ocean and near the mountains is a luxury I always miss when I’m away from home for too long. When you travel as much as I do, Vancouver is an amazing city to come home to and replenish yourself. 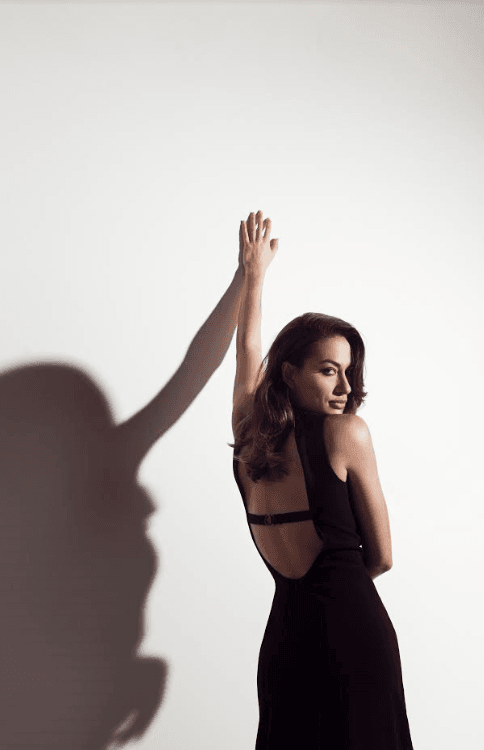 What’s it like to be able to work on so many local TV productions?

It’s so awesome to have this little Hollywood in our backyard! There is such a wide range of production here, and a big chunk of what shoots in Vancouver is science fiction, which is fun. Sci-Fi really allows an actor to play in the world of imagination, more so than, say, cop shows or procedurals. On any given day I can be auditioning for an androgynous witch, or a rebellious superhero or an artificial intelligence robot. It’s exciting living in a place where so much filming happens because the projects are always so interesting.

The 100! I love this show. It’s gritty, and dark, and relevant. The stories are so layered and intricate. The set is the largest in Vancouver; they have an entire city built called ‘Polis’, which has its own market, with vendors who sell fish, or hides, or weapons – street vendors of all kinds! It’s so cool to walk through this tiny city, and find little dark alleyways you’ve never noticed before. They also take a lot of risks with their story telling, which is fun because I never know what to expect when I get a script. They’re pretty ruthless.

What do you do in Vancouver for fun?

I eat. I love the food scene in Vancouver! Dining out on the town, or going to beach barbecues, or potlucks… If there’s food I’m there! I also love yoga, surfing, and being on the beach. If I’m really lucky I’ll find myself in a boat during the summer months.

Were you a fan of FOX’s “Prison Break” before playing an NSA agent in the new revival season?

I was, but I watched it so long ago that I had to go back and revisit it all again. I think I crammed the entire first few seasons within a week. A lot of popcorn was eaten. I think I also carved a permanent groove into my couch from hours of television bingeing. It was great to re-watch that story again as an actress. 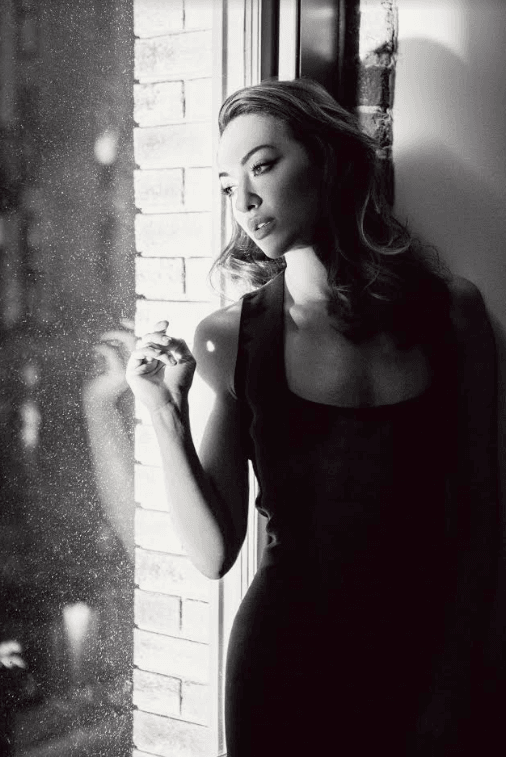 How did voicing a main character in the video game Watch Dogs 2 differ from film and television acting?

It can be challenging, because you’re shooting in an empty room with barely any props and no idea about your wardrobe, or what exactly you’re reacting to or looking at. The animators will show us pictures of the latest renderings of your character or the rooms you’re in, but it can all change in future renderings. You have to rely on your imagination heavily, and hope that it all makes sense in the end. We also have to wear these heavy head cameras all day while you shoot, which can be a bummer if you and another actor turn to look at each other at the same time, or if you accidentally smash the camera into a part of the stage by accident (which happened more often that I would like to admit). But it’s fun because you get to be more theatrical in your movement as your character. It’s very freeing.

Find the best teachers and train like crazy. Never get too comfortable, always challenge yourself in your classes and with your work. Remember to laugh at yourself, because what we do is totally ridiculous and extraordinary, so above all else, make sure you’re always having fun!

Related: Get Acquainted with The 100’s Lindsey Morgan