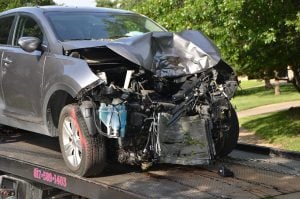 It seems more and more ICBC is becoming a thorn in the side of drivers. Now, they’re raising their premiums.

Not only has the company approved a basic rate increase, but according to a financial report released by ICBC, over the next three years, drivers in British Columbia will see a billion dollars worth of increase in premiums.

The BC government announced Tuesday that ICBC would go from having a loss of $1.18 billion in the current financial year to a profit of $148 million by the end of the financial year on March 31, 2022.

The company also saved money by keeping small accident claims to $5,500 as of April 1st.

Of course, we can’t forget those premiums.

According to the financial report, as of right now, premiums collected in the current financial year will be $5.826 billion. Fast forward to the year 2022 and that number changes to $7.569 billion in premiums.

The document also shows that ICBC doesn’t expect claim costs to go down either.

According to the latest service plan, ICBC does plan on changing the way basic insurance premiums are set.

The point of the change is to ensure “ lower-risk drivers do not pay the same premiums as high-risk drivers.” Thanks for looking out ICBC.