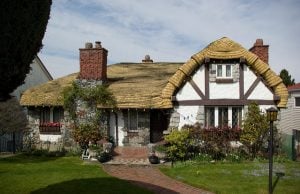 If you’ve driven past King Edward Avenue and Cambie, you’ll most likely have slowed down past Vancouver’s Hobbit House.

As a heritage building that wouldn’t be out of place for a scene when the Disney princess befriends her magical sidekicks, the Hobbit House, as it’s known nowadays, is one of the most distinctive houses in the Lower Mainland.

The Hobbit House made news in recent years when its happy ending was put into jeopardy after it was put on the market for $2.9 million. With developers itching to construct high-density complexes near the Canada Line SkyTrain stations along the Cambie corridor, the fate of the Hobbit House was on shaky ground. Although a developer eventually bought it and incorporated its restoration within rezoning plans for a 20-unit townhouse complex, King Edward Green, the history behind Vancouver’s Hobbit House remains rich with age.

As a 75-year-old building, almost half as old as our country, here is the history behind Vancouver’s Hobbit House. 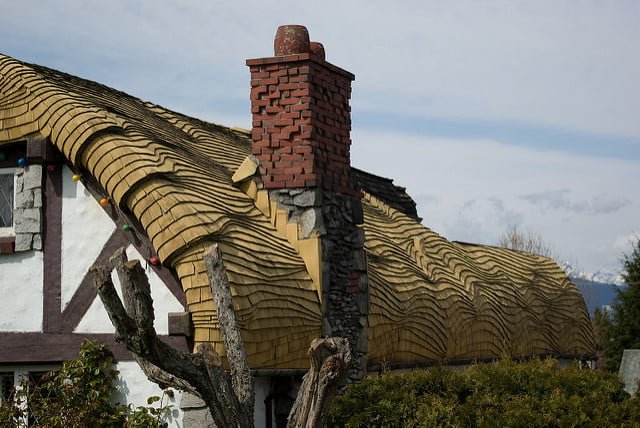 The Vancouver Hobbit House is one of three residential properties conceived by a builder by the name of Brenton Lea and designed by architect Ross Anthony Lort. Lea originally hired Lort in the 1940s to design a residence on Broadway for Lea’s family that would look like a Tudor cottage from the time of Shakespeare. After it was completed in 1942, Lea asked Lort to design a similar house on King Edward for a foreman from the Canadian National Railway. Lort then designed a third hobbit house in West Vancouver, before getting around to another heritage home, the Casa Mia on Southwest Marine. All three hobbit houses still stand, notwithstanding restoration and upkeep.

Although it seems like an architectural eccentricity in the history of Vancouver, the Hobbit House is part of the Provincial Revivalism style popular in North America between the First and Second World Wars. Appealing to a North American sense of home as a cozy sanctuary of domesticity, Vancouver would be a double of the Shire if demand kept up.

Designed in the style of an English cottage, the Hobbit House is built entirely from Canadian materials. Its remarkable wavy roof is made of steam-bent cedar shingles, a decidedly West Coast take on thatched roofs. To get a sense of the quality of the craftsmanship, to restore this roof today would cost in the hundreds of thousands of dollars.

Since the 1940s, the Hobbit House on King Edward has switched hands once in the 1970s when a doctor and wife purchased the property, and again in 2013 by a townhouse developer who purchased it. The Hobbit House on King Edward may be the most fully realized vision of this architectural quirk from yesteryear. It appears there are some who are supporting the Middle-earth aesthetic, as this single-family residence has already been bought. Go figure.