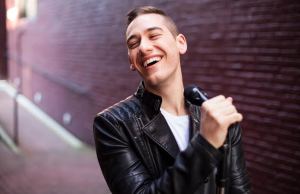 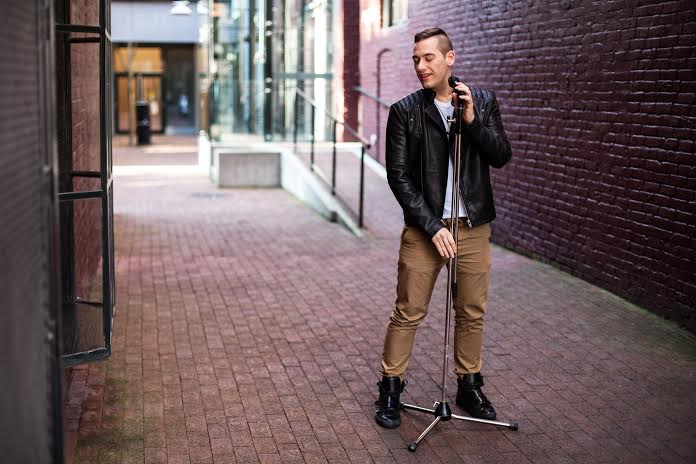 Stephen Scaccia is a Canadian recording artist, singer, and recent songwriter who was born and raised here in Vancouver. Stephen began his pursuit as a musician at the age of 14, singing at local weddings, competitions, festivals and parades. In more recent years, he has released his first EP titled “No Longer Frozen”, and performed with some of his greatest music idols.

We recently caught up with Stephen Scaccia to discuss everything from his inspirations to most memorable experiences.

How did you find out music was your passion?

I have always loved singing, but I never really thought I was good enough at it to make a career out of it until I entered high school and started singing for my school music teacher. It was then that I was told by him and others that I had something special, and that I should really consider pursuing it if it was something I was truly passionate about. My high school music teacher taught me what music really is, and made my love for it grow even more.

How does songwriting or singing reflect your mood or emotions?

When I sing live, I can sometimes get so involved in the emotions of music that I forget all about my technique. Something about applying a melody to relatable lyrics can make people lose themselves in the moment, and I think that’s one of the most powerful things about music.

When regarding songwriting, I have tended to write music based on personal experience. For example, my EP has a track on it titled SOS. When we were writing it in the studio, I was thinking about my experiences in the music industry up to this point. As a musician that was trying really hard to be heard and to get past level 1 in the recording industry, I often felt alone, powerless, and without a voice. SOS, as a result, has become probably one of my favourite songs on the EP.

In many ways, this debut EP has been both the most memorable and the most challenging experience in music. The writing, recording, mixing and mastering processes were some of the coolest things I’ve ever experienced. I always left the studio feeling so proud of myself and my accomplishments, because I felt like I was learning and growing so quickly as an artist.

The challenge, however, came after the EP was released to the public. Learning how to promote and advertise the music on my own has been a battle, to be sure. However, I have had tons of friends and family surrounding me throughout the entire process and encouraging me every step of the way. I know that at the end of the day, it’ll make me a better artist on the business side of things.

Michael Buble has been one of my biggest influences in music since I started singing. About 2 years ago, I had the honour of singing with him on a couple of occasions.

The first occasion was at the grand opening of a G&F Financial branch here in Burnaby. I was singing there for half an hour, and he was taking pictures with people. He just popped on stage with me and started singing one of his songs with me.

He invited my mother and I to watch the filming of his Christmas special in downtown Vancouver the following weekend. When he was taking a break from filming, he called me up on stage and asked me to pick our song. We sang one of his songs together with his entire big band. It was crazy, and an experience I will never forget.

Who are your favourite Vancouver artists?

Michael Buble would definitely be one of my favourites, for sure.

Another one of my favourite Vancouver artists is a friend of mine, actually. She’s made quite a name for herself in country music, and is played on JR-FM very frequently. Her name is Madeline Merlo, and if you haven’t heard her stuff yet you should definitely go check it out. Her EP is unbelievably good. Her voice is amazing, and she is probably one of the sweetest people you’ll ever meet.

In terms of music hangouts, I recently went to the Bimini in Kitsilano with my soccer teammates on a Tuesday night. They have karaoke every Tuesday, and it was one of the funnest nights I’ve had. I love just about any place that has open mic nights or karaoke nights.

Writing inspiration can come from anywhere, really. When I was writing my EP, a lot of it came to me in the studio. However, the outdoors can definitely help me draw from my creative energy from time to time. I love places like Deer Lake in Burnaby, and the Olympic Village. Places like that with beautiful scenery can really relax my mind to a point of creativity.

You released your debut EP 4 months ago. What was the process with that and what has the reception been like?

I started working with the producer of the project when he contacted me to sing a demo song for him about a year and a half ago. The demo recording went so smoothly that he contacted me asking if I’d be interested in working on an EP with him. We got into the swing of things pretty quickly, hitting the studio and recording, writing and mixing. The project took about a year and a half, and now it’s available worldwide on iTunes, Amazon, Google Play and Spotify!

Since the release of the EP, I have had nothing but support and love from the people around me. I have read some really incredible reviews from buyers on iTunes, as well as the Burnaby Now and Georgia Straight who have both reviewed the album. It’s been so cool seeing people listen to something I put so much heart into. 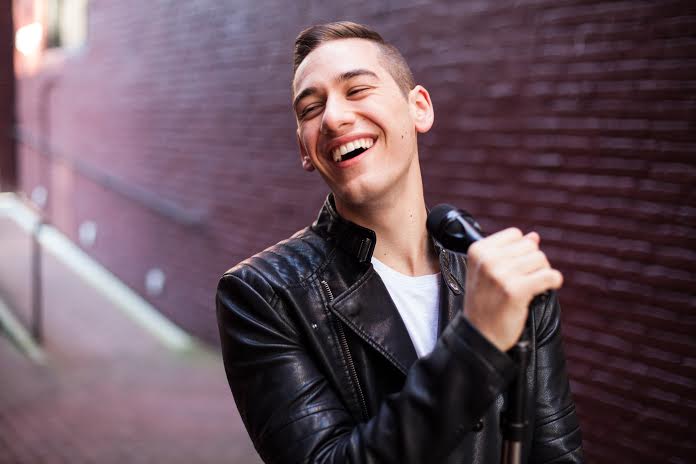 What kind of advice would you give to someone working on their first album or what would you have done differently?

The advice I would give to someone working on an album would be to not be afraid to try new things in the studio while still maintaining your artistry and identity. The recording studio is the best place to try new things and really experiment with what your voice can do, so an open mind is incredibly important.

If I could do anything differently, it would probably be to have that open mind earlier in the process. I developed a trust for my producer in time, but I was a bit hesitant to try certain things in the studio when I first began recording. I learned my lesson, though, and have become a stronger artist as a result.