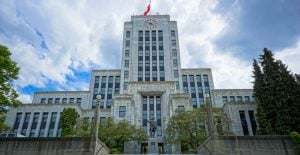 The City of Vancouver is creating an Independent Auditor General Office to act as a watchdog.

According to CBC News, this new independent office would report directly to the city council.

According to the City of Vancouver, there are three major types of audits that this new independent office will likely take over:

“Good governance in the municipal sector, and ensuring that a municipal government achieves its intended results while always acting in the public interest, is essential to satisfying the public’s expectation that a municipality is providing effective stewardship over public assets, value-for-money in operations, transparent administration, and accountability for results”, said Councillor Hardwick.

Additionally, Councillor Hardwick has suggested that the office’s budget be set a $1 million per year. However, she believes that such an office would help pay for itself, via savings it identifies in the city’s spendings.

The city council expects to name an Independent Auditor General by March 1st, 2020. The office is expected to begin operating sometime in the 2020-2021 fiscal year.