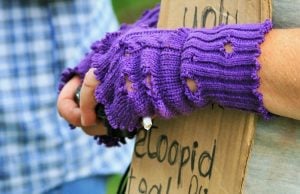 The poverty rate in Canada has reached a historic low, but there are still millions below the line.

Canada is seeing one of its sharpest three-year declines on record, Statistics Canada reported on Monday. In its report, StatsCan looked at rates from 2018, which had dropped to 8.7%. That’s compared to 9.5% from the year prior.

But that still leaves 3.2 million Canadians in poverty, with 566,000 children below the line. The rate of child poverty has remained about the same as 2017, sitting at 8.2%.

However that number is almost half what it was in 2012.

The Liberals may look at the numbers as a small victory, however, as it aligns with the government’s anti-poverty strategy, which began in 2015.

But StatsCan is looking at changing the way it calculates the poverty rate. That would likely increase the rate of Canadians who are considered poor. With the new formula, the poverty rate in Canada for 2018 would increase from 8.2% to 11%.

It likely doesn’t help that Vancouver is one of the least affordable cities for single home buyers.

For more stories, check out our News section.