According to the Vancouver Heritage Foundation, the temple was built in 1908 for the Khalsa Diwan Society at 1866 West 2nd Avenue in Kitsilano.

Designed by William Henry Archer, the temple served just over 2,000 people upon its opening. 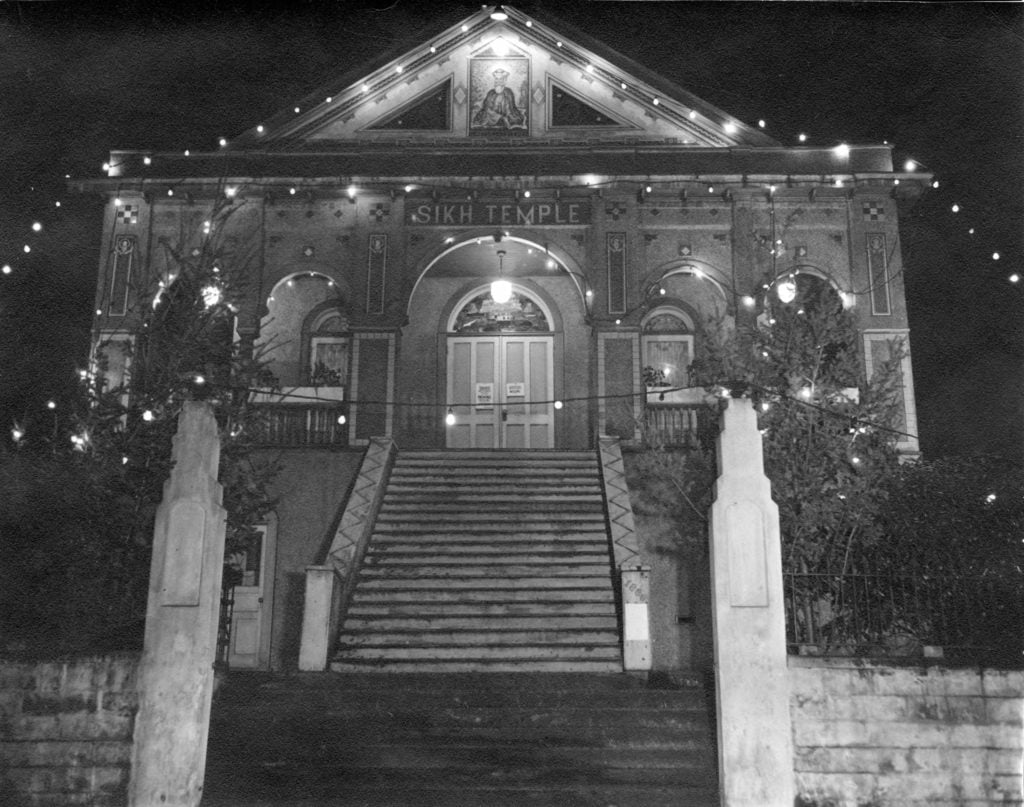 The temple became a space for people to converse and create dialogue, it hosted meetings in the support of the Komagata Maru and held fundraisers for famine relief in India. 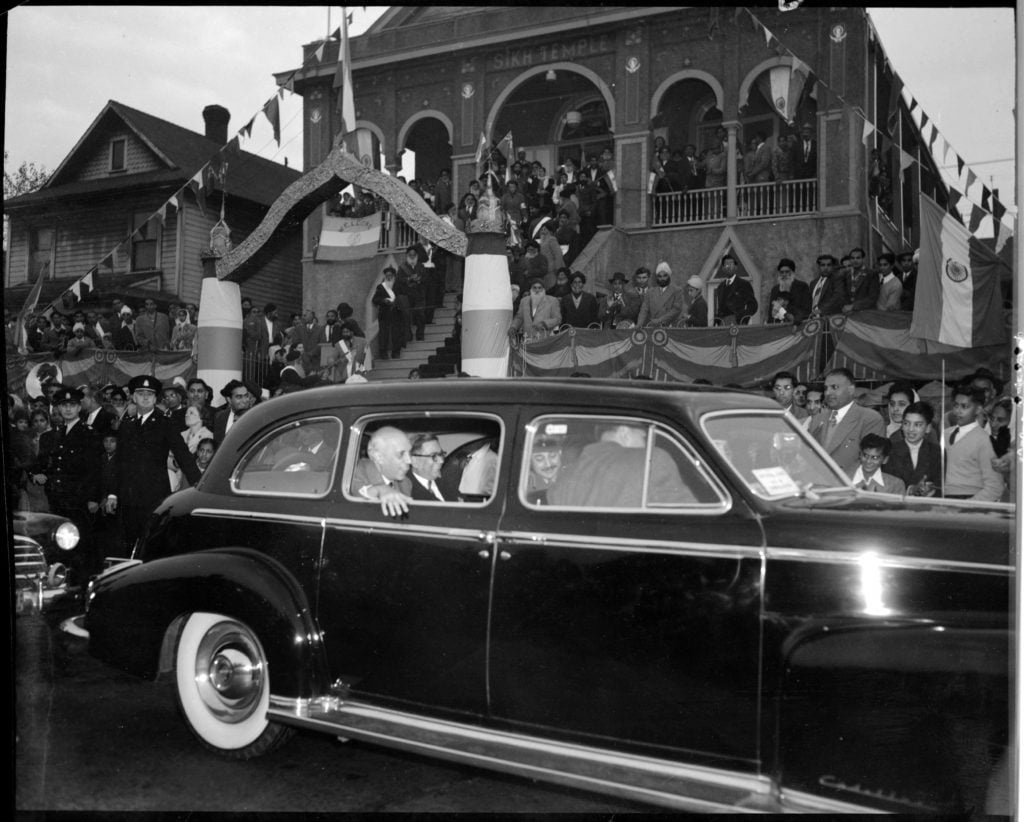 It was a place where international events intertwined with weddings, anniversaries and celebrations and became a common visiting spot for India’s first Prime Minister, Jawaharlal Nehru and his daughter Indira Gandhi. 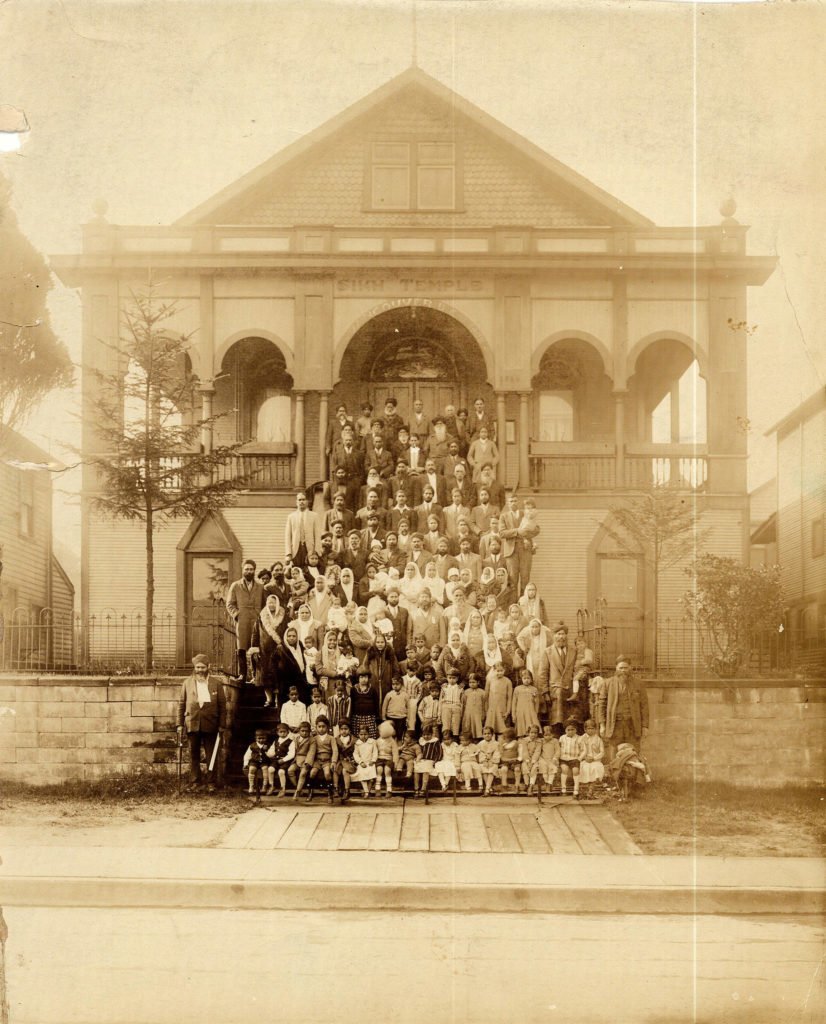 The Vancouver Heritage foundation states “it was an inter-religious space where non-Sikhs also held executive positions and was at the centre of the social, political, cultural and economic heart of the community.” 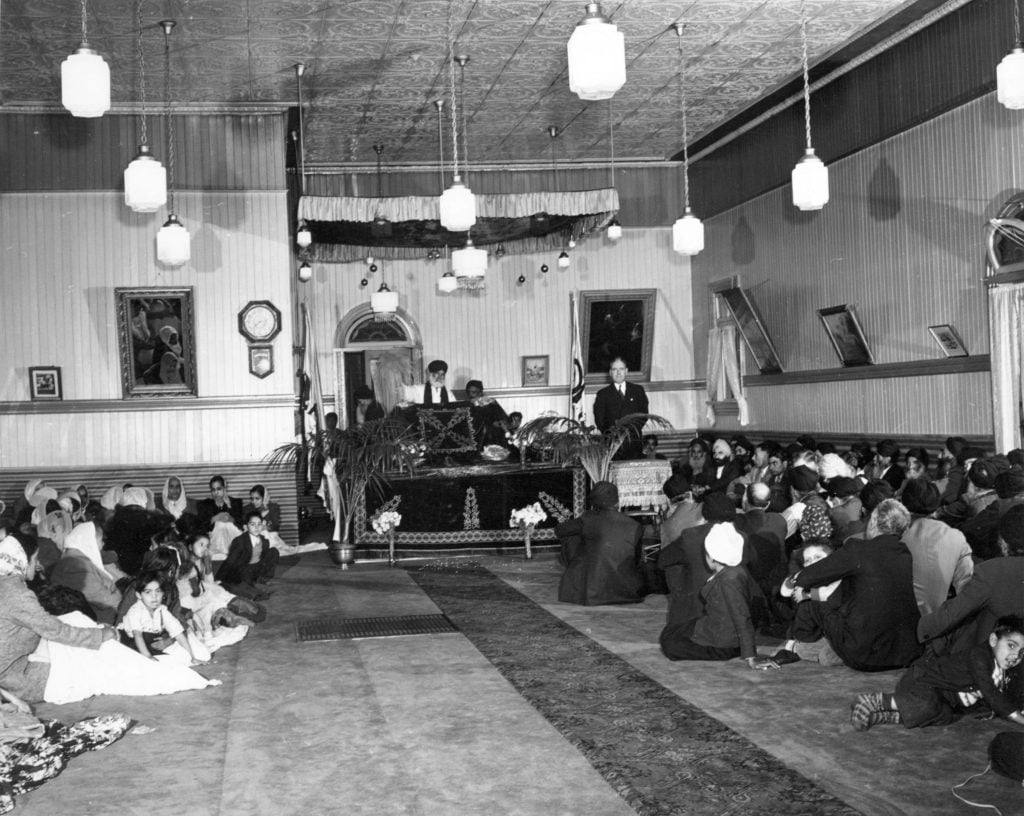 The temple was eventually sold to pay for construction costs for the replacing temple on Ross Street, but the building itself remained in use for many years after.

For a short time the building was home for a group of young affordable housing activists called “Cool Aid.”

Although the building was eventually replaced by an apartment building, there is a piece of artwork where it used to stand, to acknowledge its past.