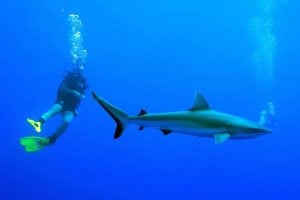 For some, the thought of swimming in shark infested waters is a total nightmare. Whether the movie Jaws instilled a deep-seated fear of the creatures, or simply hearing of brutal shark attacks in the news frightened them, most people choose to keep their distance from these marine carnivores.

Nevertheless, people are fascinated by them; they exude power. With sleek, svelte bodies and rows of dagger-like teeth, they are sculpted for killing. Watching them artfully glide through the water, turning on a dime at the sight of prey, is spellbinding.

And, while there are numerous places to dive in British Columbia, few grant encounters with these magnificent beasts. With that in mind, there are a couple of places that afford the opportunity to swim right alongside them in the open waters.

Swimming with Sharks In BC 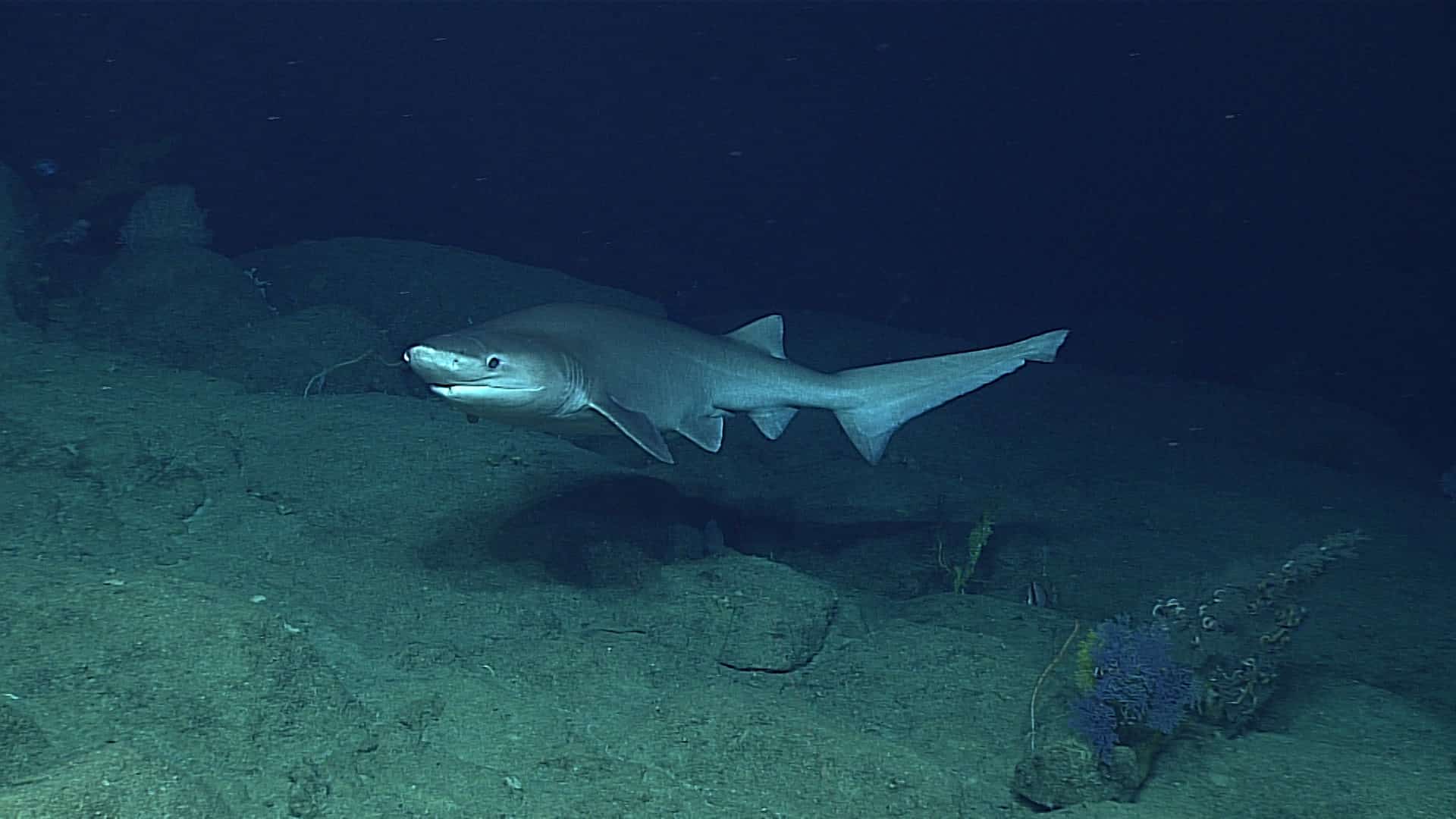 Hornby Island‘s Flora Inlet is a rocky reef that is one of the very few places on the planet where divers can swim with six-gill sharks. In addition, the incredible waters are home to Stellar Sea Lions as well as a litany of other fascinating marine inhabitants.

Six-gill sharks usually spend their time in extremely deep water, and divers are unable to withstand the pressure. At the Flora Inlet, however, they spend their summers in the shallow waters along the reef, which provides an ideal depth for viewing. 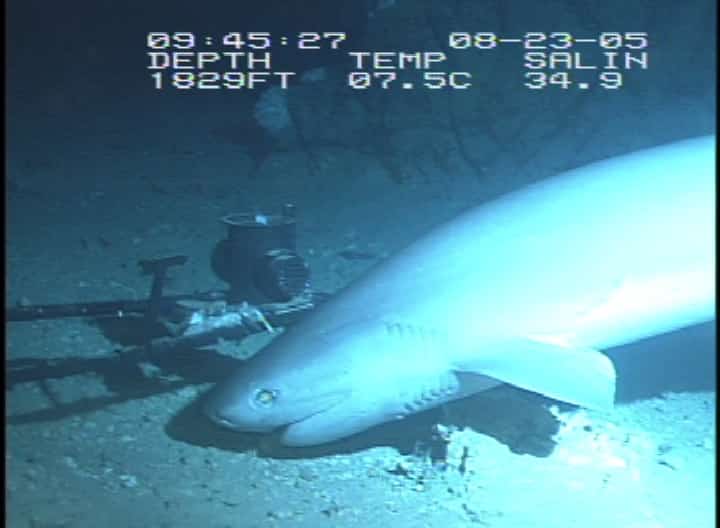 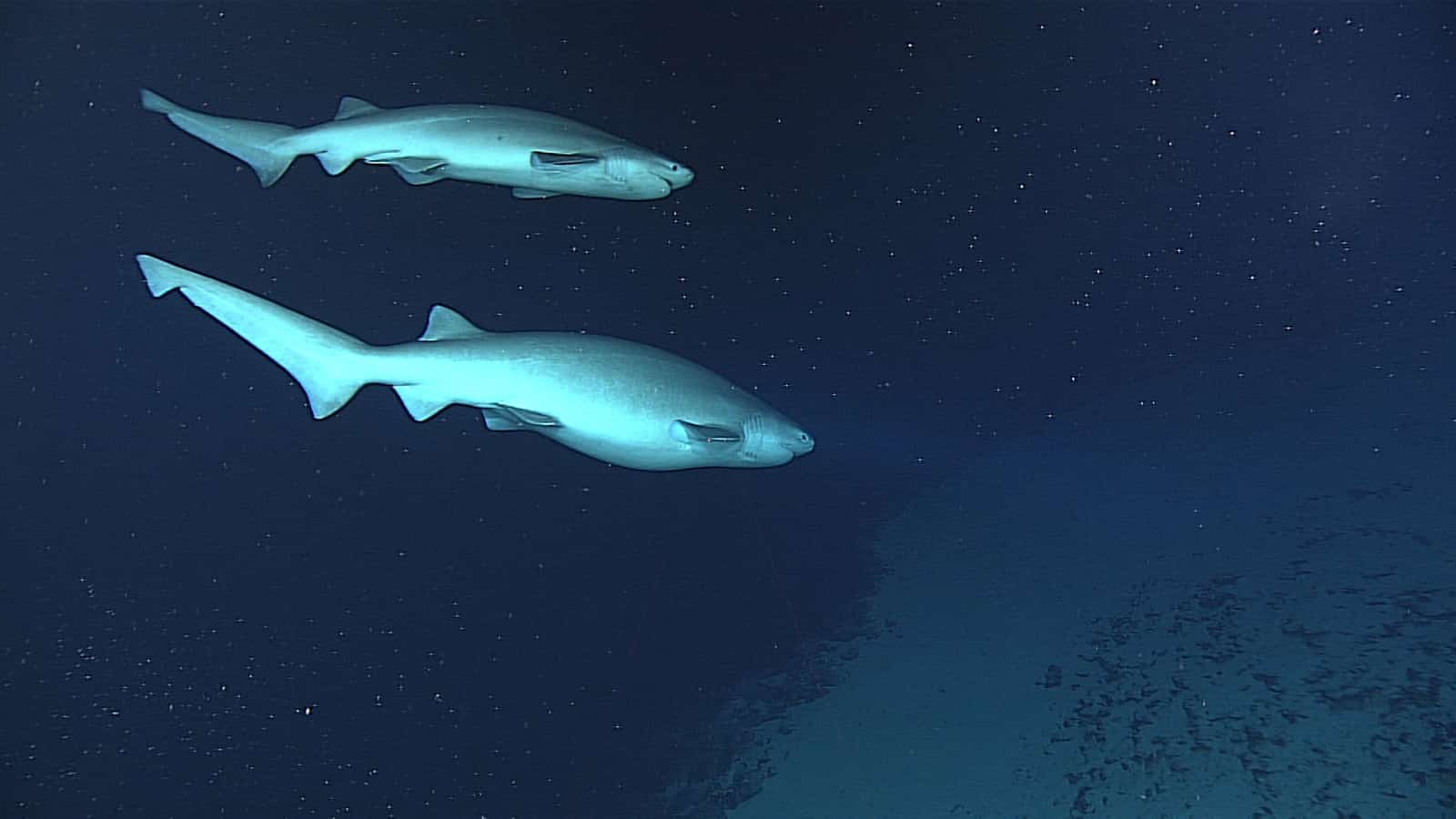 The sharks are in the area between April and September, but viewing is not guaranteed. With that in mind, it is the best place in the world to catch sight of these elusive, emerald-eyed fish. And, with lengths up to 6 feet, and a penchant for approaching divers from behind, the experience is exhilarating. Though they don’t attack people, they will circle divers ominously before disappearing into the darkness.

What Other Sharks Swim in BC?

It isn’t always discussed, but a vast array of sharks frequent the waters of BC. In fact, even elusive species, such as the mysterious basking shark, make appearances. These sharks are extremely rare and recognizable by their gaping, enormous mouths. Also, they are the second largest fish in the world, with the whale shark coming in first. 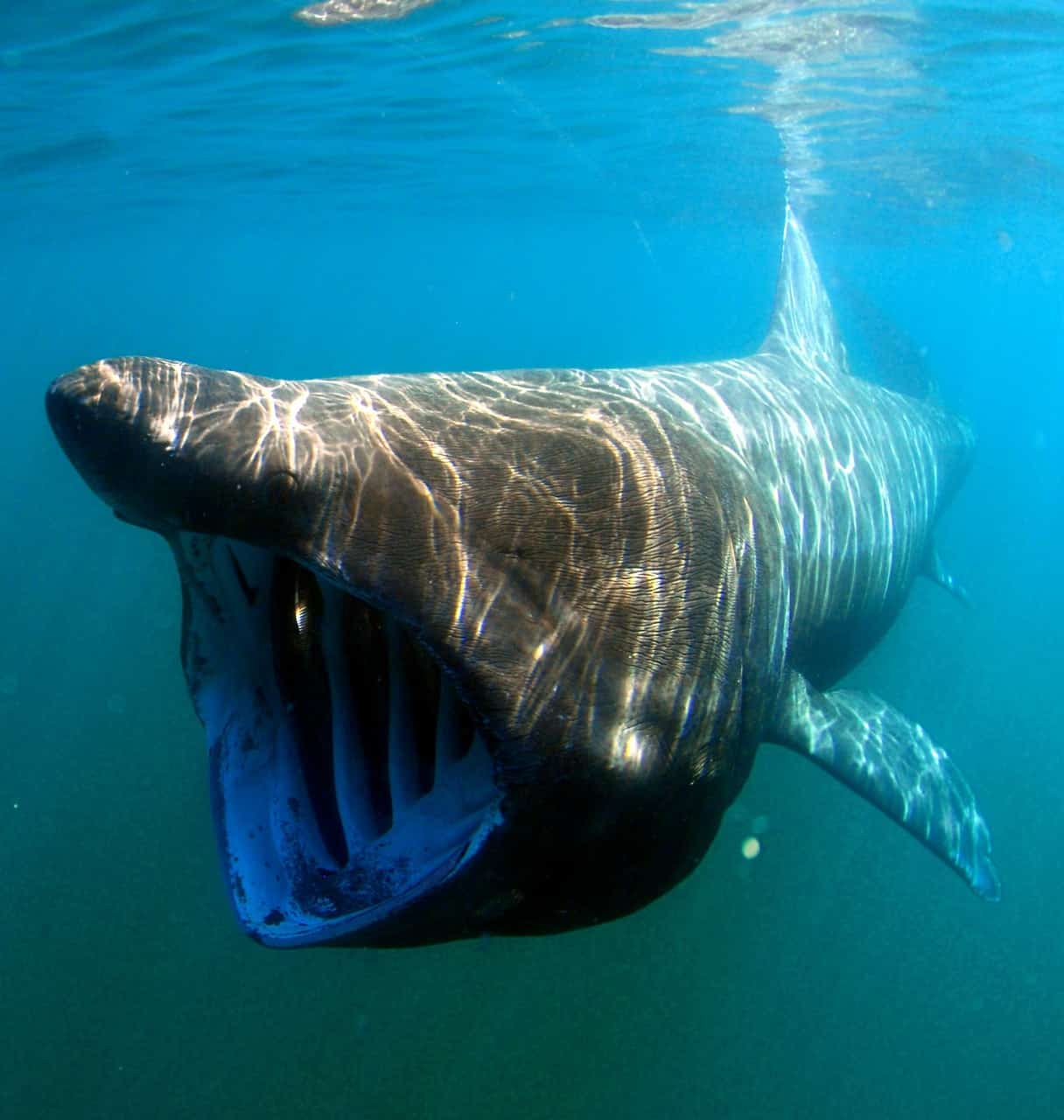 Interested in another up-close-and-personal adventure with one of mother nature’s most fearsome beasts? Take a walk on the wild side on this wolf hike in BC!