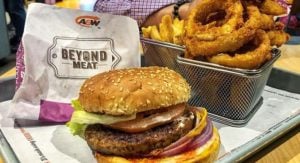 We all have days where you just want to grab a burger and fries from the nearest fast-food joint. But when you make the decision to become vegan, you kind of give up that privilege.

However, things are changing. With the rise of veganism, there’s now plenty of options to choose from, even when it comes to fast food.

But if you’re still trying to figure it out, we’ve got you covered. Here’s our vegan guide to fast food:

This joint has become our saviour when it introduced Beyond Meat into its menu. When it first began offering this burger, it sold out in locations across Canada, even in places like Yellowknife, N.T.

You can pick up this burger or replace anything else on their menu with a Beyond Meat patty. They’ll even give it a cool name, like Beyond Mama.

Harvey’s now has two veggie burger options on their menu and they’re both super tasty. While its usual veggie option has been around for awhile, the LightLife burger is new on the menu. Just make sure to ask for no mayo and cheese.

Panago has been a dream come true for vegans craving a slice of ‘Za. This pizza joint now has Daiya cheese on the menu and they even have fake pepperoni and Gardien chicken wings. 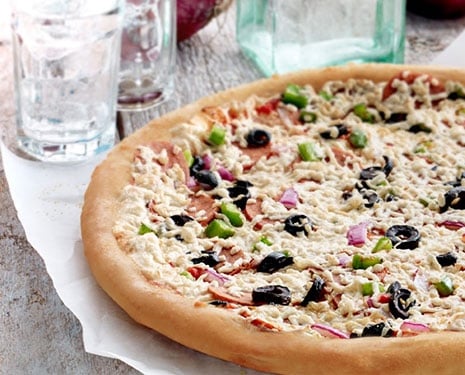 The sandwich joint is an easy choice, as you can choose what to put on your sandwich. But there’s more than just vegetables to put on there. Subway has falafels and has even introduced a veggie patty and Beyond Meat marinara in select locations.

Timmy’s recently introduced Beyond Meat onto their menu, so you can have a vegan breakfast sandwich once more. They also introduced a Beyond Meat burger, which is their only burger on the menu.

So what’s your top fast food stop as a Vegan?

For delicious eats and sips across the city, check out our Food section.