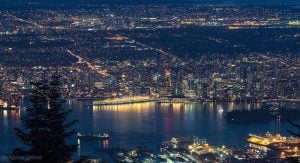 Statistics Canada has released their new set of data on crime across Canada in 2018, and what the data says may come as a shock to some.

The “Crime Severity Index” is a number that takes into account crime rate, with more weight given to crimes of a more serious nature, such as violent crimes.

In 2018, the crime severity index, from lowest to highest, for some of British Columbia’s most populated municipalities, were:

This means that the latter half of this list has an above-average crime severity index, but let’s look into it a little further.

Of the 8 municipalities with an above-average crime severity index, only 3 — Langley, Surrey, and Vancouver —have declined since 2017.

Furthermore, because the crime severity index statistic can be broken down into violent and non-violent crime severity, we can get a better sense of the story behind these increases.

Of those same 5 municipalities that saw a crime severity index increase (Abbotsford, Victoria, Chilliwack, Maple Ridge, and Kelowna), only Chilliwack saw a rise in violent-crime severity that was greater than the rise in non-violent crime severity.

What does this mean? This means that outside of Chilliwack, despite increases in the overall crime severity index, violent-crime is on the decline.

For more B.C. news, check out our News section!