Last week, the City of Vancouver held an open house and revealed a completely new concept idea for Blood Alley Square and Trounce Alley, which are located in Gastown.

This idea was first proposed three years ago and now it’s one step closer to reality.

The rehabilitation of Blood Alley Square is built upon the following principles based on the DTES Local Area Plan , Social Impact Objectives and responses from public engagement:

As a National Historic Site, Trounce Alley is one of the oldest original roadways in Vancouver.

The materials used typically in Gastown are brick, granite, cobbles, iron bollards and light standards. Along with the trees, these have been identified as key character defining elements in the Statement of Significance for Blood Alley Square/Trounce Alley.

Numerous aspects of this public space will be rehabilitated, restored, and repurposed.

They are as follows: 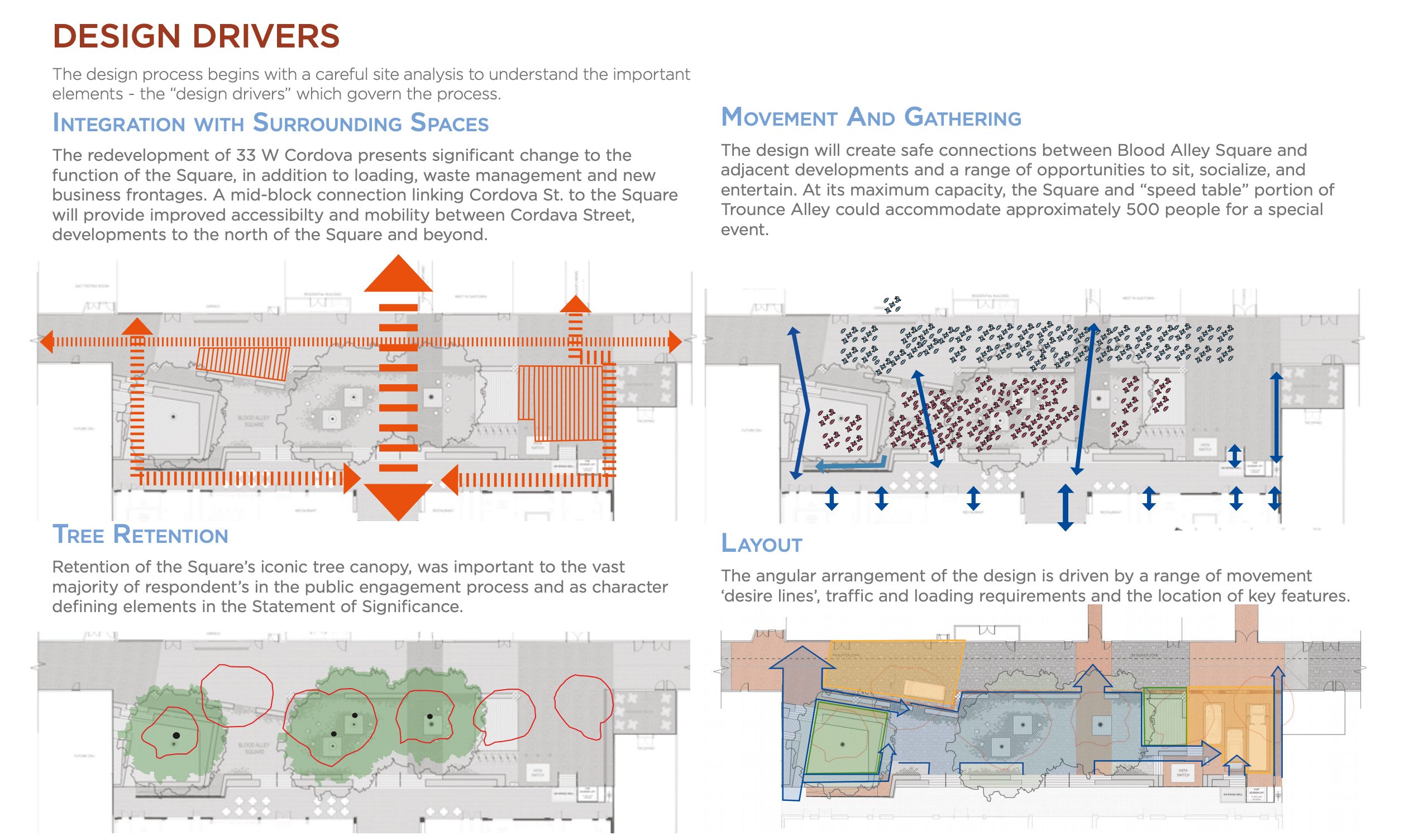 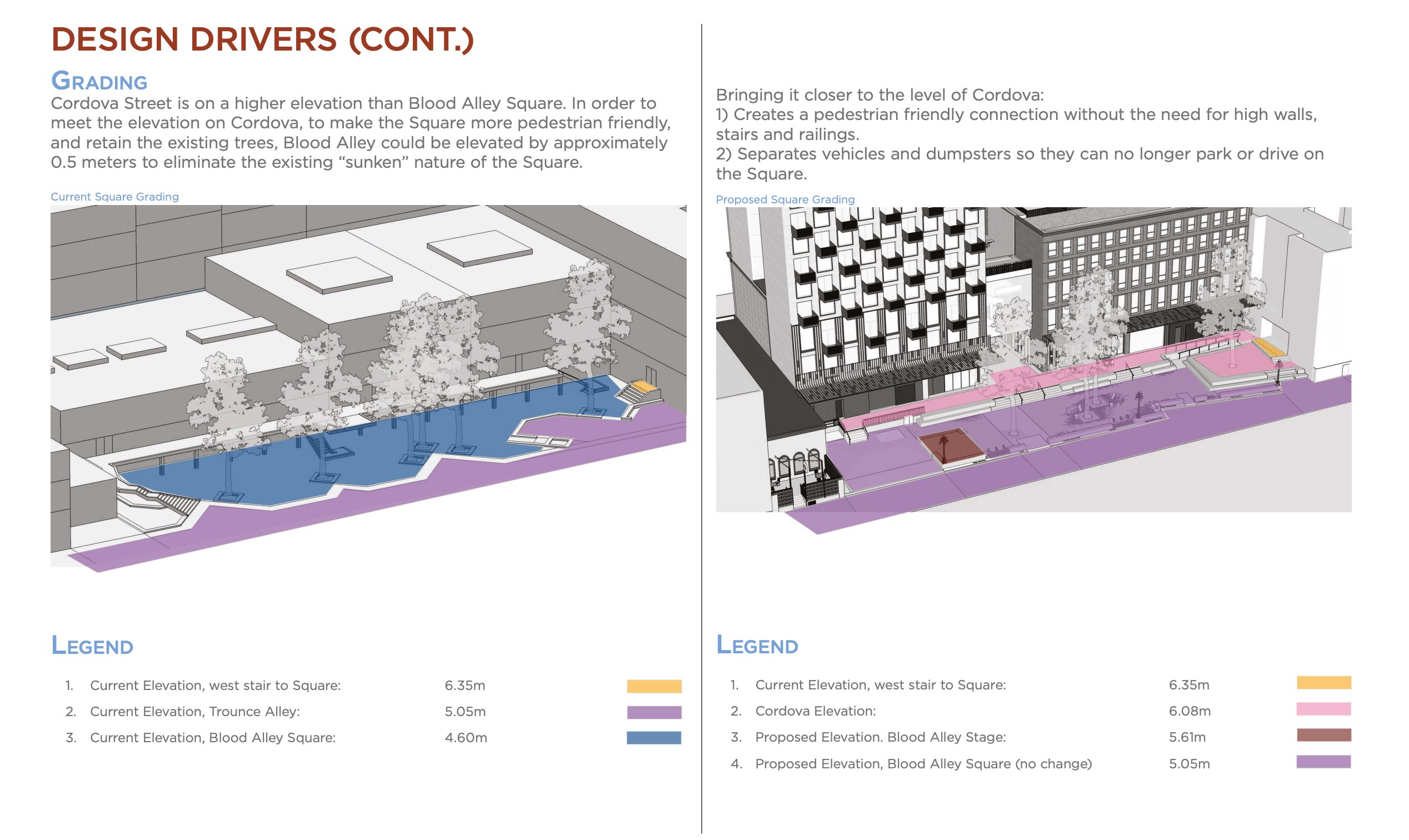 A more usable, inviting space is imagined for Blood Alley Square. Here’s what it’ll include: 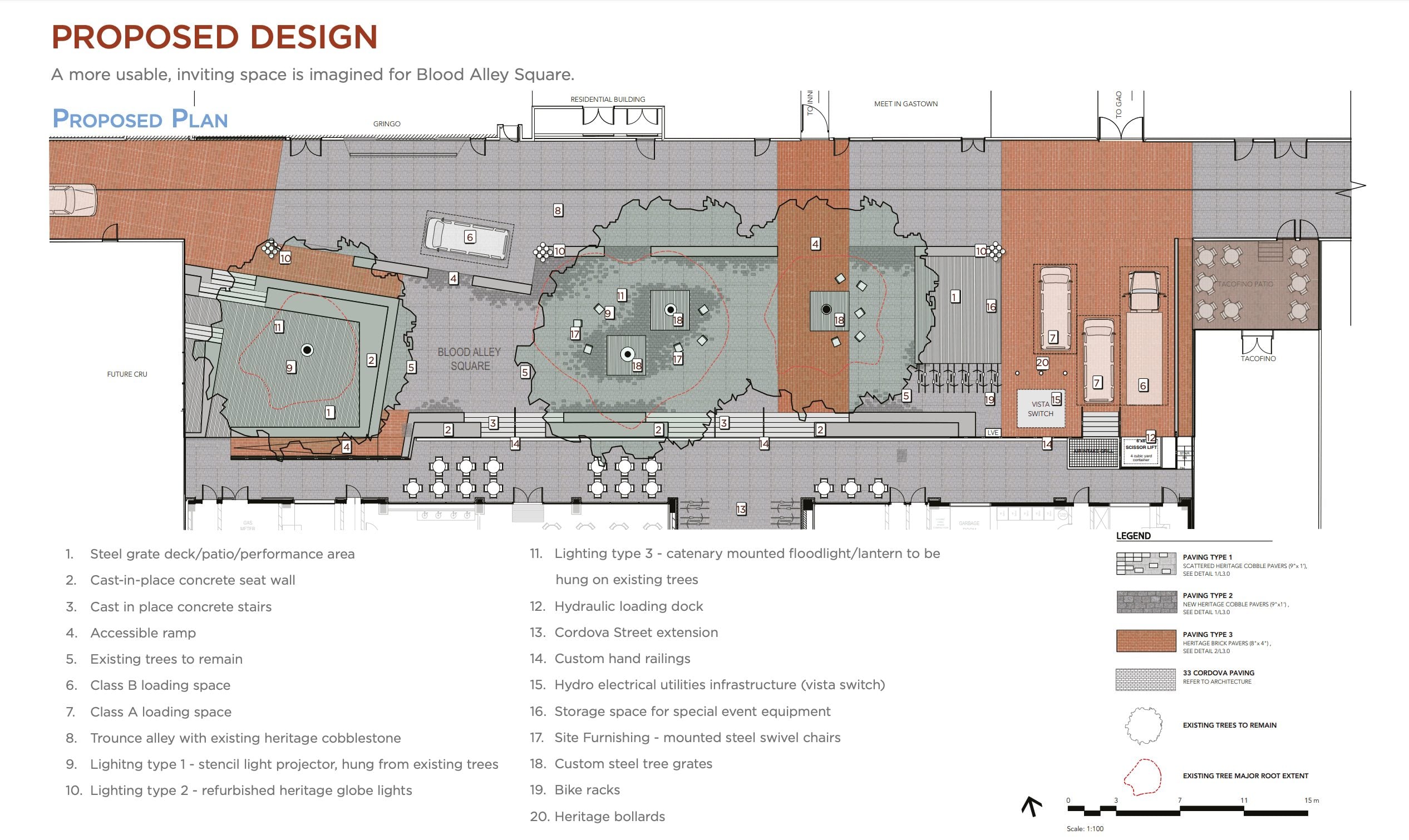 One of the elements of this proposed plan is multi-purpose open space. This includes loading docks for local businesses, Trounce Alley activation, and a performance stage and special event storage area.

If you’d like to learn more about this project, here’s a video that highlights some key points: