While Metro Vancouver’s air quality saw a brief reprieve on Friday, August 17th, the smoky haze returned the day after.

In fact, as of Monday, August 20th, Metro Vancouver air pollution has risen to an unhealthy level. Therefore, the government is advising the public reduce or reschedule strenuous activities outdoors; this is especially true for those who experience symptoms such as coughing and throat irritation.

What’s more, Metro Vancouver’s health risk is as high as parts of the Okanagan. So, even though the Lower Mainland isn’t in the heart of the crisis, they are still at an extreme risk.

RELATED: BC Has The Worst Air Quality In North America Right Now 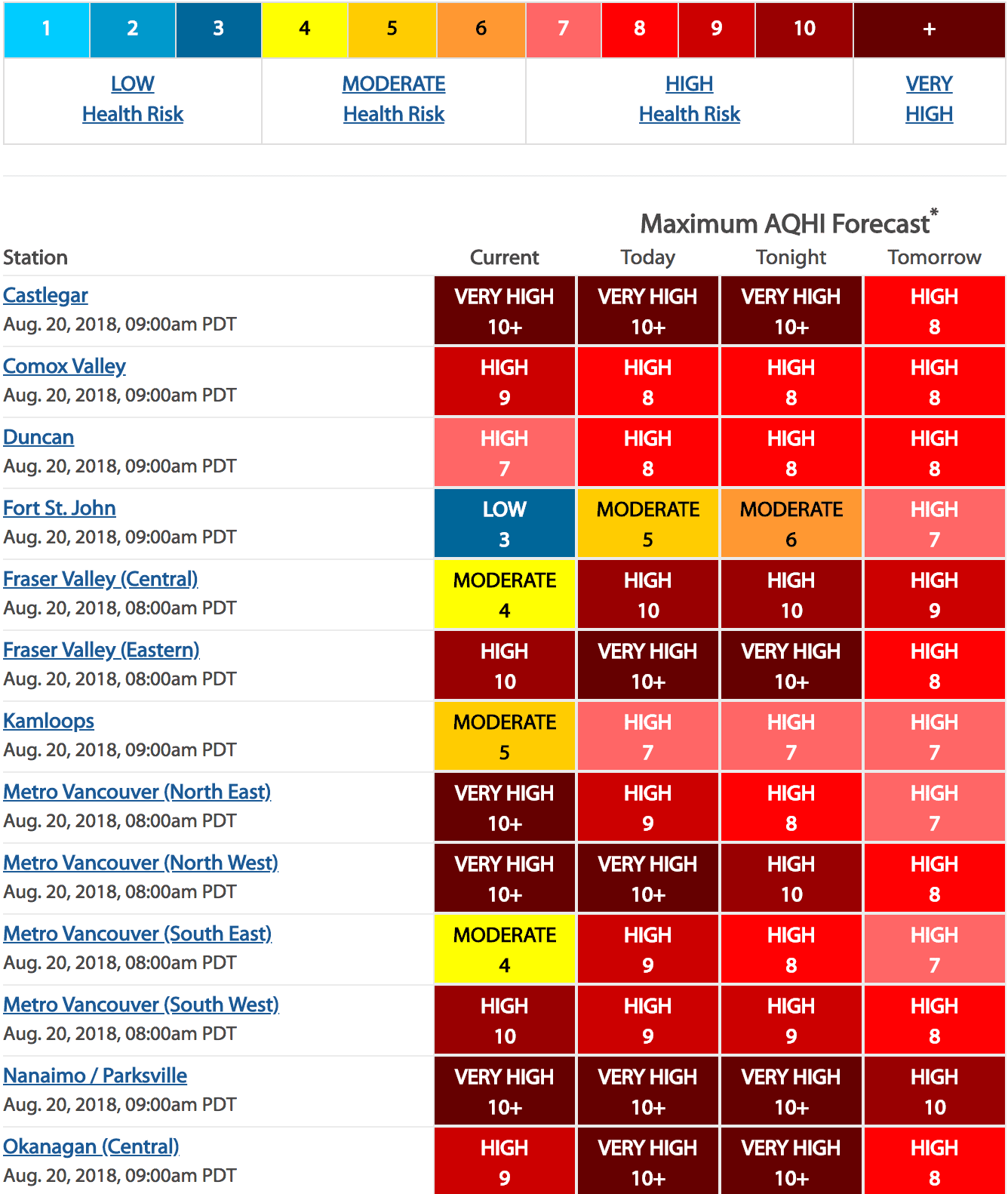 Although the environment looks disturbing to the naked eye, it is doubly so when compared to the world’s worst polluters.

Last week, readings of a global air quality index of major world cities gave a chilling comparison. It gives the most accurate indication of pollution in real-time, at street level, and BC’s levels were far higher than Beijing, and higher than Delhi.

Now, another index conveys just how dangerous the air quality is. As seen on the images below, the index for Vancouver has unhealthy levels in almost all areas. Contrastingly, Delhi has some areas with moderate levels of pollution. 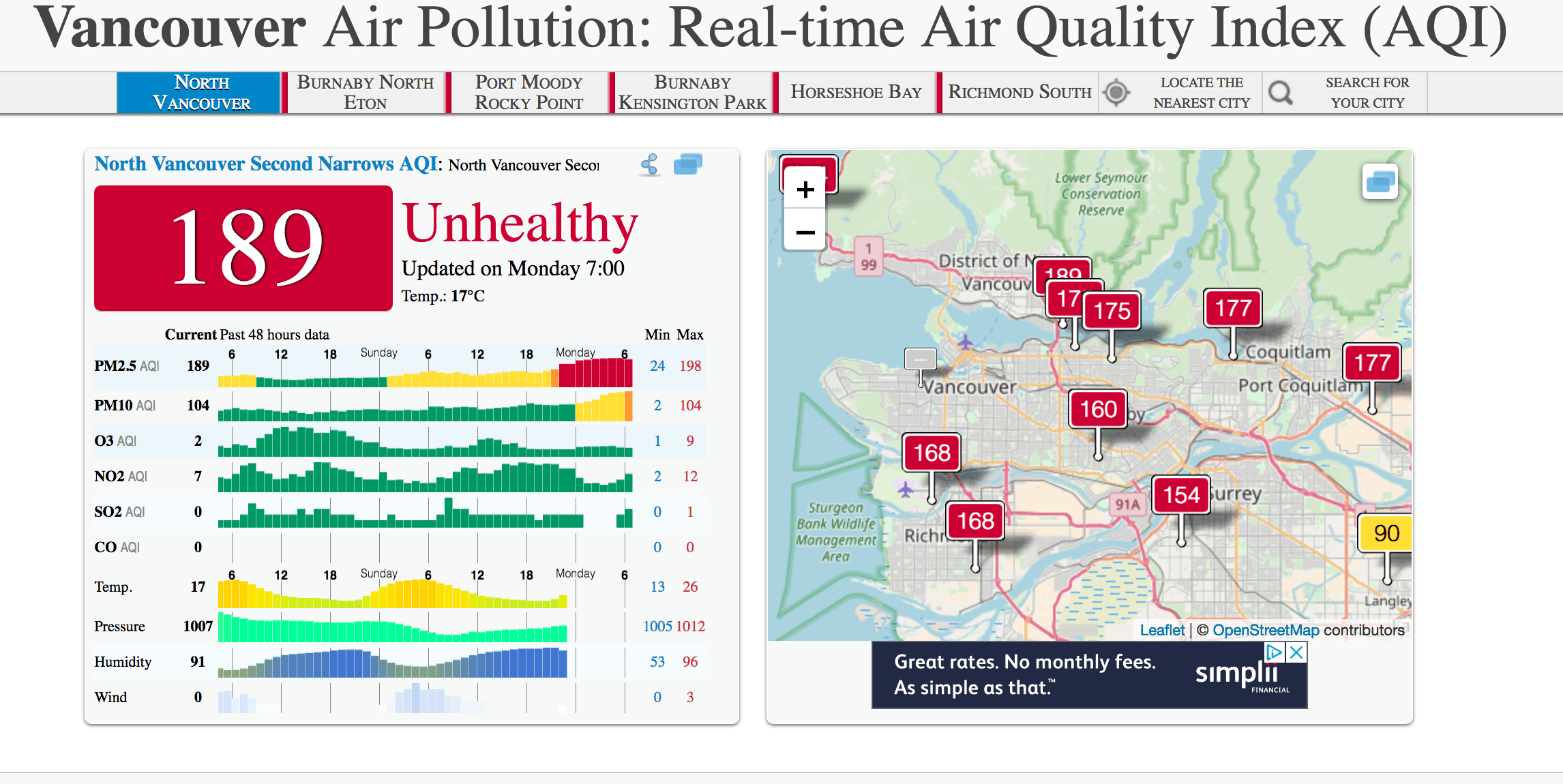 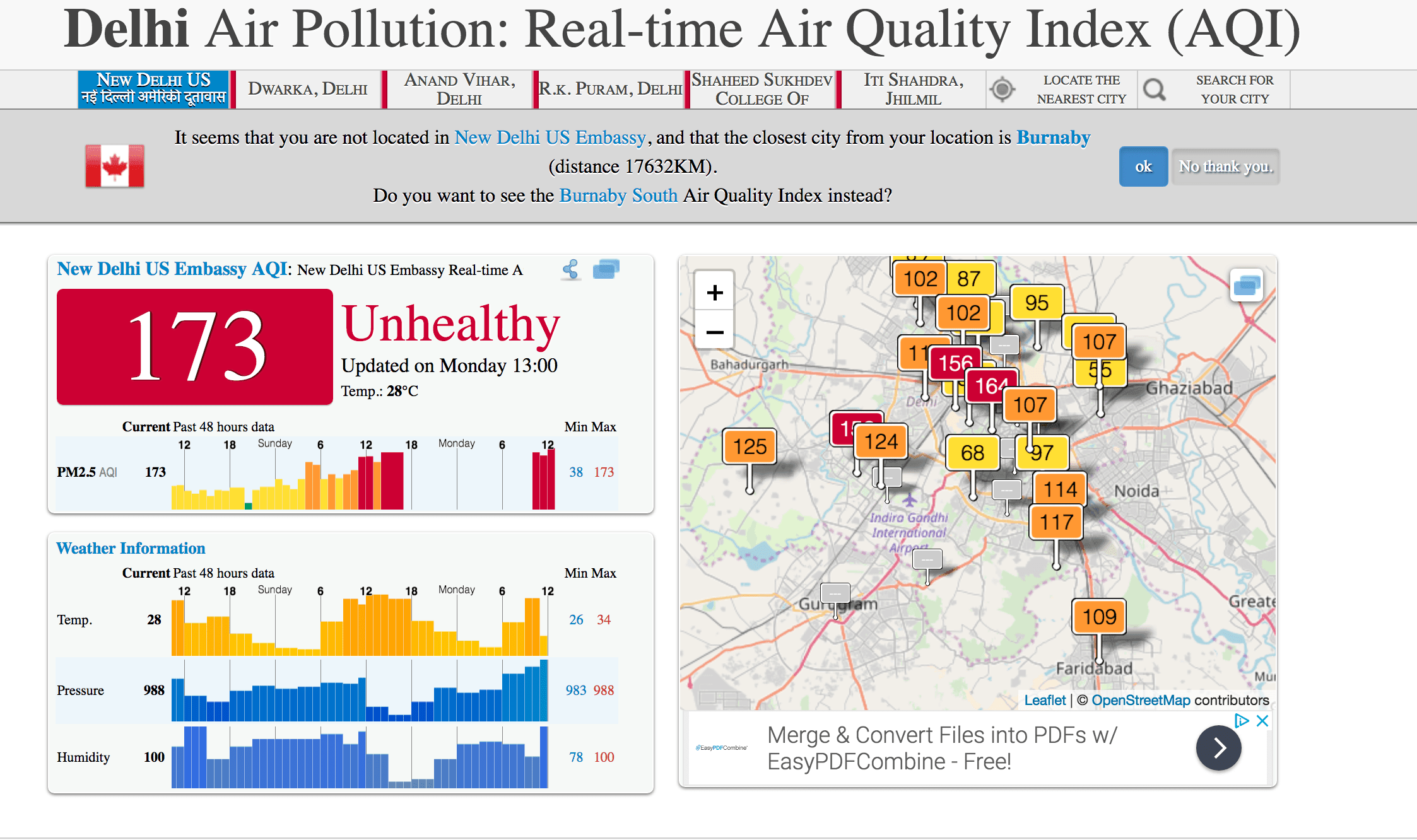 Sadly, these conditions may not improve for quite some time. While the wind may clear smoke from the local atmosphere, it may also bring it in. That’s because wildfires have spread across the West Coast. Specifically, British Columbia, Washington, Oregon, and California are all ablaze. As a result, BC may have sultry skies well into September, depending on future conditions.

While the wildfires are creating the smoke, lung irritation doesn’t come directly from the smoke, but rather the smog. Smog is formed when nitrogen oxides (pollutants emitted when fuels are burned) and volatile organic compounds (emitted from solvents) react in the air in the presence of sunlight.