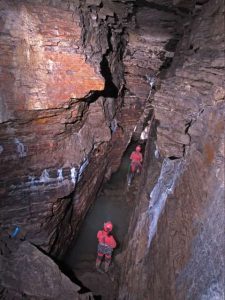 Montreal has always been an incredible place to visit, but it just got markedly more interesting.

Explorers just discovered an fascinating hidden cavern that dates back to the ice age, and it’s situated right in the city. What’s more, the phenomenal structure is located beneath some city parks.

The cavern was discovered behind an already existing cave, the Saint-Léonard cave, that was already available to the public; however, the recently discovered cavern is a full 10 times larger and an astonishing 15,000 years old.

“While most caves are formed through water erosion, these ones are glaciotectonic, meaning they formed through glacial pressure during the Ice Age,” reports CBC.

Indeed, the cavern is an impressive 200-metre long passageway; it includes a network of caves and even has a lake inside of it.

“One can also observe the perfect interlocking of the walls, straight and regular, the galleries having been opened by the dislocation of the limestone due to the glacial movement,” the city of Montreal stated in release. “The main gallery, with an average size of 6 m high and roughly 3 m wide, is partly occupied by a crystalline body of water.” 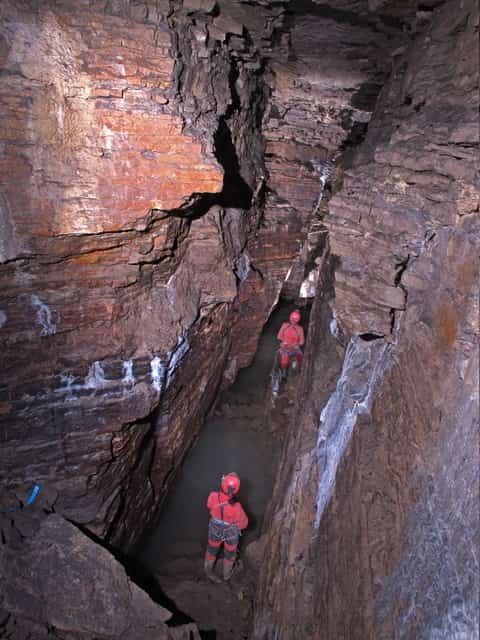 Originally, speleologists Luc Le Blanc and Daniel Caron speculated that more caves could exist behind the discovered ones; however, they weren’t entirely certain.

The team used a number of methods over several years to locate the new cavern. In order to reach them the team had to dig through limestone, and it was no easy task. In fact, the pair almost abandoned the efforts just before they made the incredible discovery in October. The final effort involved unclogging a crack that allowed them to create the tunnel.

“For citizens who would be curious to learn more about these new discoveries, the Borough of Saint-Leonard, in collaboration with the Quebec Speleological Society, will organize an information session to share with them the details of the discovery. This information session will take place at the end of January in the Pavilion of Pius XII Park.”

The explorers are unsure at this time of just how far the tunnel may continue.

Looking for some spectacular things to do in our own backyard? Check out our list of 21 things that you must do in British Columbia before you die.