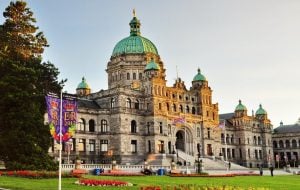 As the capital of British Columbia, Victoria is full of history, from when explorers first arrived to long before as the home of our indigenous peoples.

But the stories less told are ones involving the many spirits that wander the capital city, from parks to castles. Here are 5 of the most haunted places in Victoria.

There is talk of the “Screaming Doppleganger” who stands near the park’s entrance, on a rock.

Sightings go back to the 1970’s, where witnesses saw a tanned woman with long blonde hair. They saw her standing with her arms above her head and mouth wide open. Staring up at the sky, she appeared during sunrise for several months.

Then in November 1983, police found a body in a shallow grave at the same spot. Shortly after, a spirit of a woman could be seen in the same spot, with the same expression as the first ghost.

She apparently looked just like the first spirit, but with light skin and long dark hair.

People claim to have heard children’s voices and felt a unease in the building. There are sightings of a young woman who died there from an illness. She is seen dressed in white and standing by a sun-dial on the front lawn. Visitors claim to hear a bell toll mysteriously and one even said they saw the ghost of Emily Carr.

There are also sightings of nuns who were buried on the grounds until 1908.

This is said to be the most haunted part of Victoria, as the area used to be a prison in the mid-1800’s.

Many locals and tourists have said they were followed by a man in shackles, donning old prison attire. The story is that police beat this prisoner in the alleyway until he died at the spot. Others have heard the dragging of chains in this area.

There were also hangings at the square. One photographer, Bobenis Rodriguez, said he has taken photos of the area and has seen several white orbs show up in the images. 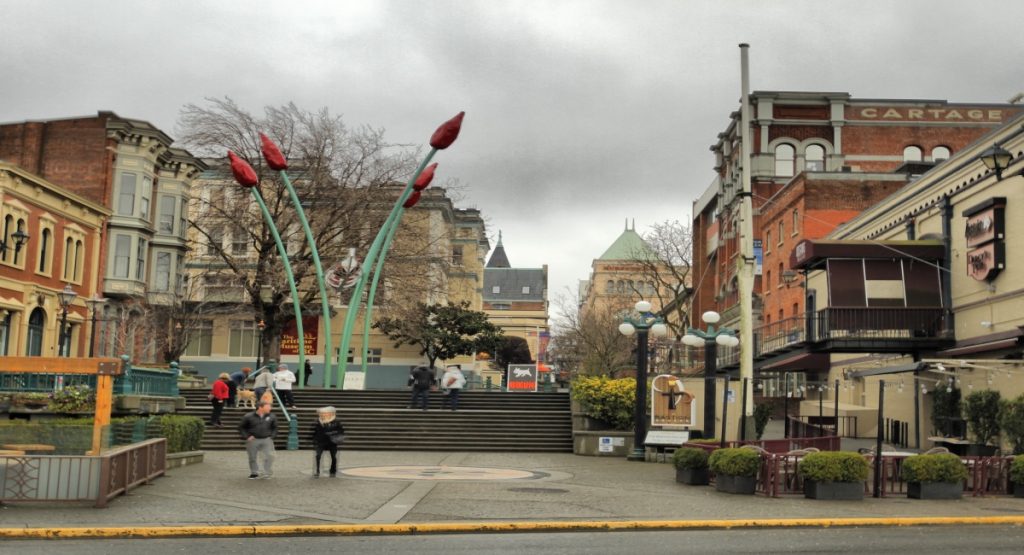 The original chocolate shop is apparently still home to its owners, Charles Rogers and his wife Leah Morrison. The two often slept in the kitchen, where people say they still see spirits of the couple’s likeness.

Staff said they have also come into work in the mornings to find trails of chocolate around the store, as well as a child’s handprint that appears time and time again on a mirror above the front door.

This castle was originally built in 1890 as a private home for a local coal barron, who died before construction was complete. People have seen a woman in white standing alone in the castle ballroom, as well as a child crying and piano music playing out of nowhere.

Others have said to get an eerie cold chill and has seen the spirit of a maid.

I myself have had a similar experience in this castle, as I was standing in the maid’s quarters when I felt an ice-cold breeze against the back of my neck.

My friend, who stood right beside me, didn’t feel a thing. But we both wondered whether it really could have been a spirit.